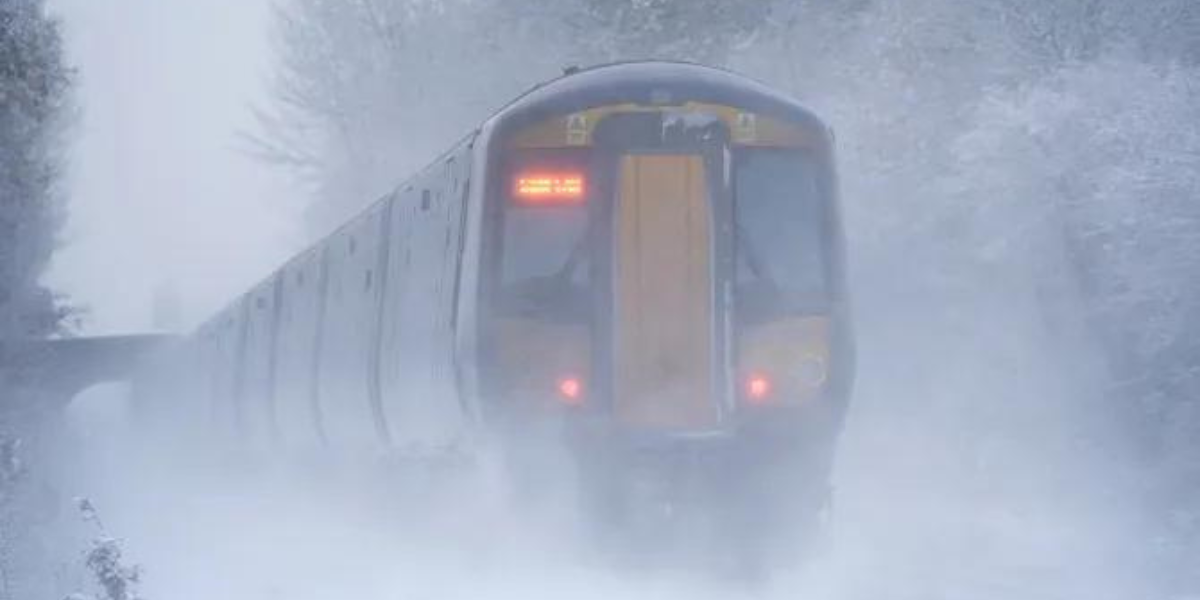 After temperatures dropped to a bone-chilling -15C overnight, Britons are bracing for another freezing day.

Icy fog has already begun to descend on the country causing travel chaos nation-wide – with roads closed, trains cancelled and flights axed. Brits were also forced to bunker down overnight as a -15C deep freeze swept in.

Britons have been advised to drive only when absolutely necessary, amid fears that icy roads will cause accidents and long traffic jams.

And, because of tomorrow’s nationwide strikes, taking the train isn’t an option.

From Monday to Thursday, the Met Office issued several yellow weather warnings for snow, ice, and fog across the United Kingdom.

Today may bring the worst of the bad weather, as a band of snow and ice is expected to sweep across Scotland, prompting a yellow weather warning.

The snow and sleet will continue across the North and East with the rest of the country experiencing frost and freezing fog.

On Sunday night, Braemar in Aberdeenshire, Scotland, recorded the UK’s coldest temperature of -15.6C, making it the coldest night of the year so far. And tonight, the Scottish town of Glendoll Lodge hit bone-chilling -15.

As part of the “demand flexibility service,” homeowners were promised £4 per kilowatt hour to turn off their appliances last night. Energy companies paid customers to reduce their energy consumption from 5 p.m. to 7 p.m., dubbed “Peak Save.”

The Electricity Systems Operator conducted the scheme’s fifth trial yesterday, an event that had previously been scheduled, and Brits will be unable to participate if they have not already signed up.

British Gas, Octopus Energy, and Ovo Energy have all confirmed their participation in the pilot run.

The cold spell is expected to last into next week, according to the Met Office.

On Monday, motorists were stuck in gridlock on the M25 due to snow, which caused delays of nearly three hours, according to one motorist.