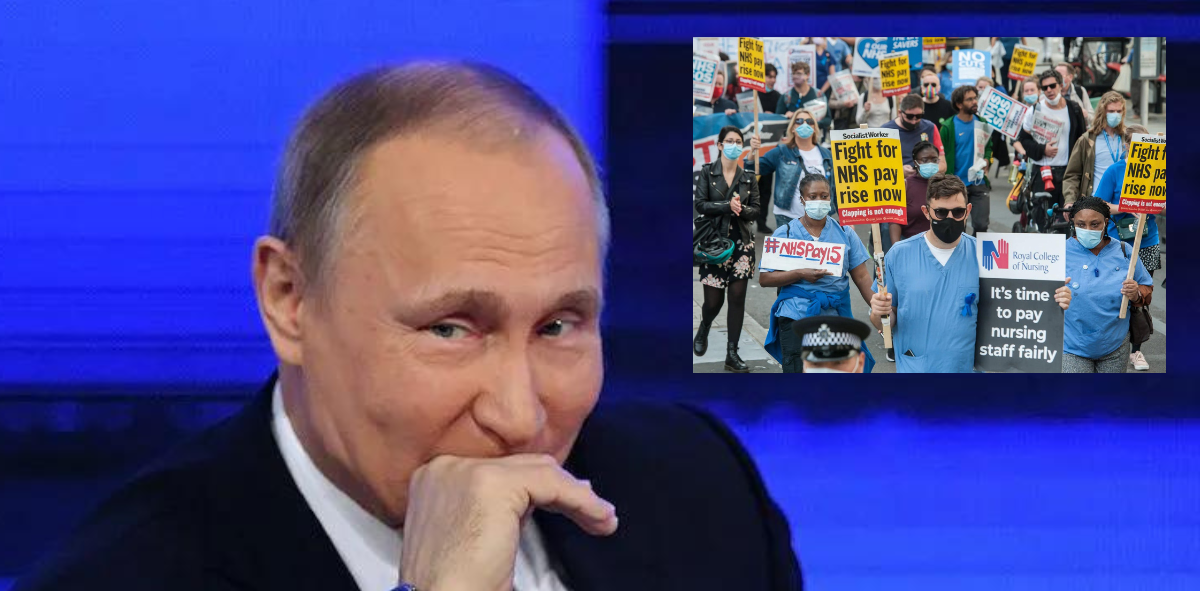 According to a senior military figure, Russian tyrant Vladimir Putin will be “laughing all the way to the bank” about the government’s plans to send in the army to assist the NHS during the planned strike on Thursday.

Former military intelligence officer Philip Ingram predicted that soldiers would regard being ordered in to replace their much higher-paid NHS colleagues as a “kick in the guts.”

He was speaking amid reports that the Government COBRA committee met to discuss sending in the military to assist the NHS during the first planned strike, which is set to take place on Thursday.

“I was talking to the wife of a lance corporal in the Army just earlier and she summed it up quite well, saying that when you’re within the military, better pay, better staffing levels, better working conditions are just a pipe dream of every service person everywhere,” he said.

“It’s not the kind of thing the military gets; they’re thrown in to deal with the detritus left by people who are paid more than them and who want better pay deals.”

On the planned Border Force strike, Mr Ingram said: “I wouldn’t knock their professionalism and all the rest of it, but what we’re seeing at the moment is a perfect storm.

“But this level of disruption that we’re seeing and disintegration of public services across the country – if I was Vladimir Putin sitting in Moscow, I’d be sitting there behind my big old desk at the moment with a white cat on my knee stroking it and smiling, [saying] that the UK is doing everything to itself that I would like to be doing myself.”

Asked if the strikers were helping Putin, he said: “Oh, hugely, 100% is helping him, yeah. He will be laughing all the way to the bank over this because of the disruption that this is causing.”