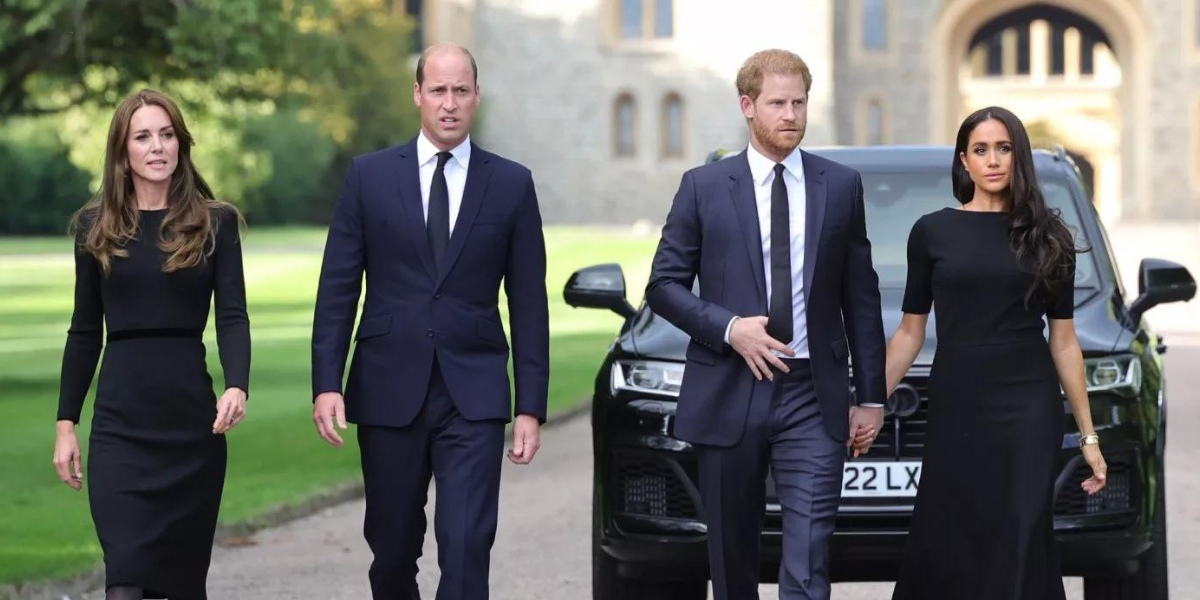 The first duty of Queen Elizabeth II was to her people and the institution she was destined to serve. Nonetheless, juggling the demands of monarchy and motherhood caused real personal heartache throughout her record-breaking reign.

Tragically, the drama and scandal of seismic family fall-outs had cast a long shadow over her twilight years in recent months. These were not private squabbles, but rows and a scandal that made headlines around the world, with no sign of reconciliation.

But there was hope yesterday that all of that could be put aside as Her Majesty’s long life came to a peaceful end. Because her death could help to fulfil her final wish of reuniting the flawed and fractured Firm as a family.

Harry, who was in the UK with his wife Meghan for a series of engagements, must have found the timing of his trip both fortunate and distressing.

Since the Sussexes dropped a series of “truth bombs” in recent interviews, his relationship with his family has hit rock bottom.

Harry even claimed to have “lost” his father and had made no plans to see Charles or William during his stay.

But, because he loved his grandmother and was concerned about her health, he cancelled an engagement to return to the family fold.

Finally, the entire family was together in grief, but they were united at Balmoral by a love for a mother and grandmother that was stronger than any of the rifts that had so publicly separated them.

And the royal schism appears to be healing, as the Prince and Princess of Wales extended a last-minute olive branch to the Duke and Duchess of Sussex, inviting them to join them in greeting mourners in Windsor.

As many ordinary families have discovered, even the most bitter schisms can be healed when relatives are brought together during times of grief and high emotion.

However, the rush of senior royals to Balmoral to be by the Queen’s bedside suggested that they are now willing to put their differences aside.

And this is the best thing that can console the Queen in her final hours.

RELATED ARTICLE
The Kingdom Loses One of Its Strongest Pillars, at a Time When it is On the Verge of Collapse