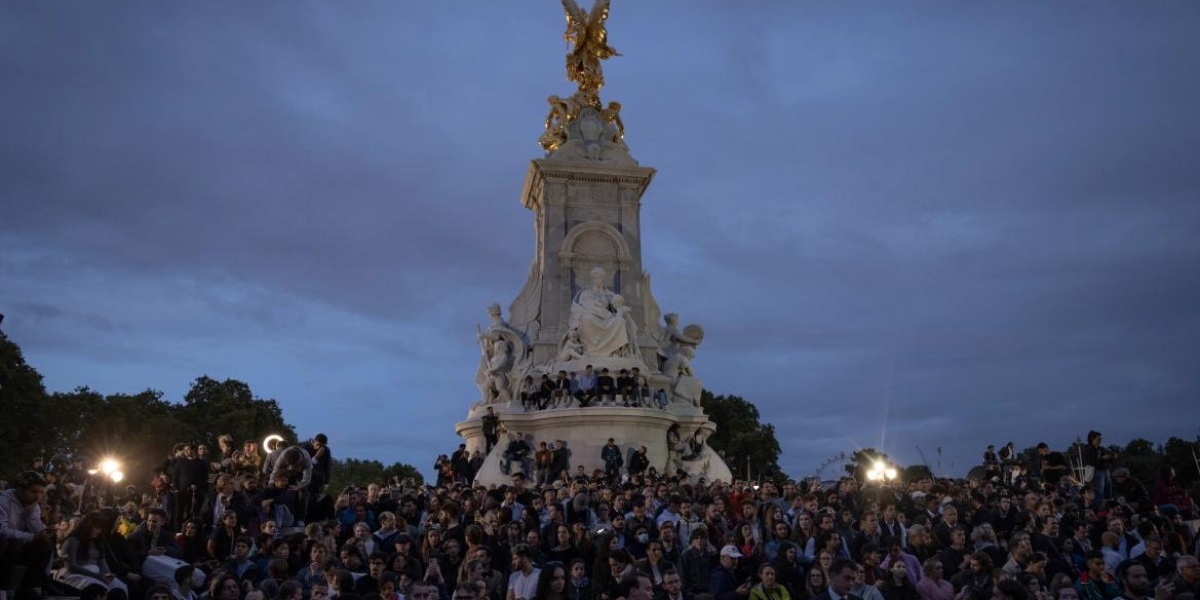 As the sky darkens over the flag at half-mast at Buckingham Palace, the rain that was on and off all day suddenly becomes heavy.

This personification is perhaps the best way to express a nation’s emotions as it begins to mourn the loss of its Queen – a woman who kept the country steady for seven decades.

Only a few months ago, large crowds gathered to commemorate the nation’s longest-reigning monarch Platinum Jubilee.

But the joy that once poured through the palace walls has vanished.

They try not to step on each other as they look for proof that what is happening is real. They are shaken when they finally find what they are looking for – a white note in a wooden photo frame.

“The Queen died peacefully this afternoon at Balmoral,” it says.

A young man in a suit can’t explain why he’s there; he was on his way from a nearby pub when he heard the news. He claims he only needed to come. A young student who walks past the palace on a regular basis says the same thing. The tourist from Switzerland feels the same way.

A group of French boys film themselves climbing up the Victoria Memorial. A man sits wrapped in an English flag, holding a candle that he lights every time the rain pours.

Everything is quiet at the gates. Prolonged silences are broken by clapping, a rendition of the national anthem, and people singing Amazing Grace who sway with the torches of their phones.

Flowers surround the note from Buckingham Palace: daisies, tulips, sunflowers, and roses. A note against one bunch reads, “Rest In Peace, your Majesty.  Thank you for everything you’ve done for us.”

A woman pushes a baby carriage up to the gates to place flowers. She photographs her daughter in front of them.

“For Grandma,” she says.