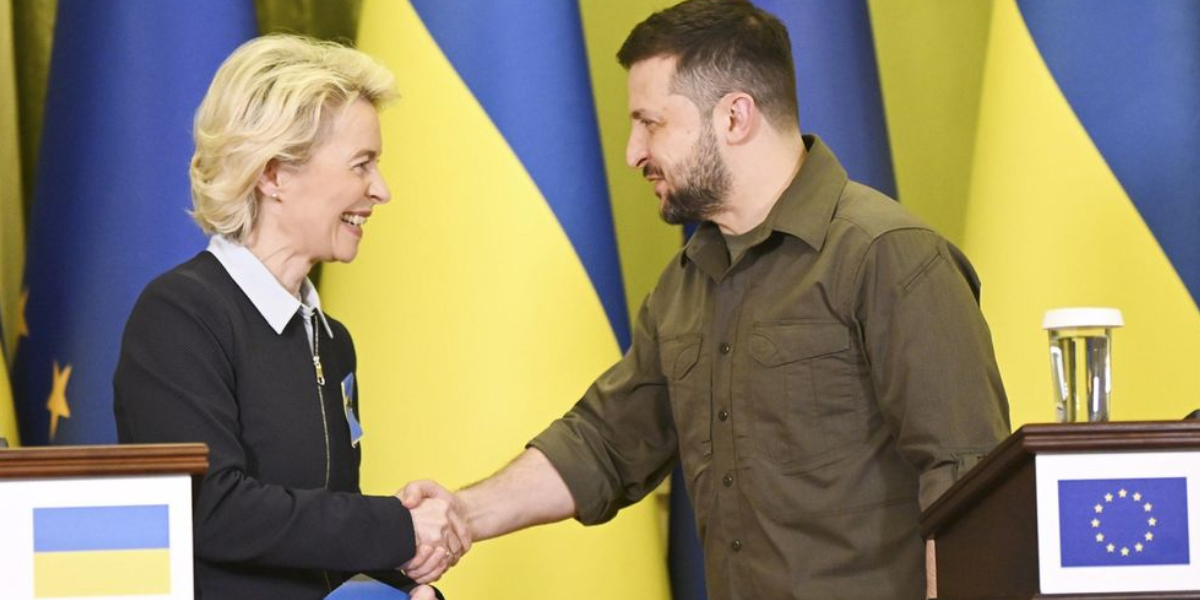 Ukraine and Moldova should be granted European Union candidate status, according to the European Commission, as a first step in the long process of accession.

The Commission’s recommendation, which was revealed by President Ursula von der Leyen on June 17, will be debated by EU leaders at a meeting next week in Brussels.

The action comes as Kyiv fights a catastrophic war against Russia, which invaded its neighbour without warning on February 24, killing tens of thousands of people and destroying large amounts of property.

Ukraine must commit to delivering on rule of law, anti-corruption, and judicial reform, but the approval is intended to be a symbolic gesture confirming their European perspective in the face of Russia’s threat.

EU Commission President Ursula von der Leyen stated at a press conference that “Ukraine has already taken important steps along the path to becoming a fully functioning EU economy,” and that it has “a robust parliamentary presidential democracy,” a functioning administration, and a vivid civil society.

“Ukraine deserves European perspective, it should be welcome as candidate country, but important work remains to be done,” von der Leyen added.

“Ukrainians are ready to die for the European perspective, we want them to live with us,” she stressed.

The EU executive body also recommends “European perspective” and candidate status for Moldova “on the understanding that steps are taken in a number of areas,” a European Union Commission statement said.

For Georgia, the commission recommended that the country be given the perspective to become a member of the European Union. “It should be granted candidate status once a number of priorities have been addressed,” the statement said.

It is up to member states to decide unanimously whether to begin the accession process based on the EU Commission’s recommendation.

At their summit on June 23-24, EU leaders will discuss candidate status.

Following the positive signals sent by the leaders of the EU’s three largest countries – Germany, France, and Italy – during their visit to Kyiv on Thursday, Ukraine is very likely to get the go-ahead.

Only four days after Russia launched its war on Ukraine on Feb. 24., Ukrainian President Volodymyr Zelenskyy officially signed his country’s request to join the EU.

The European Commission delivered its assessment of EU candidacy at an unprecedented speed because of the war in Ukraine.