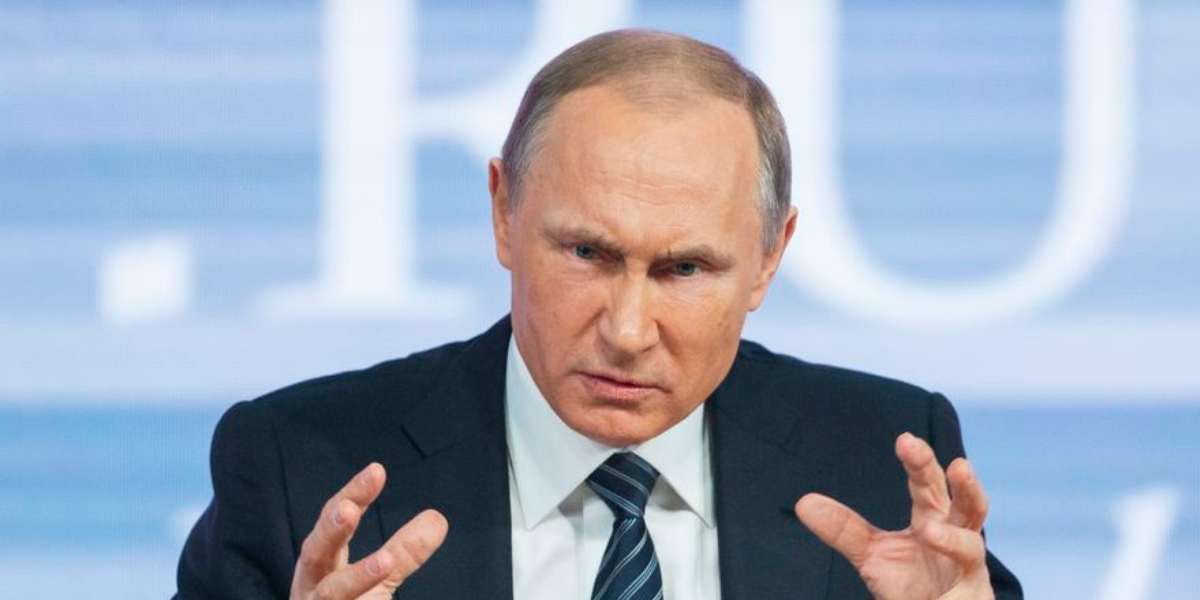 Moscow may deploy tactical nuclear weapons along its European borders, according to Russian state television, if Finland and Sweden allow military sites on their soil after joining NATO.

Only hours after Finland affirmed its desire to join NATO, Sweden’s Social Democrats announced that they had dropped their objection to membership.

A commentator on Rossiya One said: ‘Their official reason is fear. But they’ll have more fear in NATO.

‘When NATO bases appear in Sweden & Finland, Russia will have no choice but to neutralise the imbalance & new threat by deploying tactical nuclear weapons.’

One of the original justifications for Moscow’s invasion of Ukraine in February was to halt NATO enlargement, but that strategy is now in shambles, as both Scandinavian countries have announced their intention to join the alliance.

After being considered and accepted by MPs, Stockholm’s formal application is likely to begin later today. Sweden remained neutral during WWII and has avoided military ties for more than 200 years.

Mrs Andersson said she would consult parliament today before announcing her government’s official intention to apply.

Many MPs in Sweden have stated that their support is conditional on Finland joining.

The move by the two countries, which comes less than three months after Vladimir Putin ordered his troops into Ukraine on February 24, is a remarkable reversal of their military non-alignment policy – and paves the way for the expansion of the 30-member Western military alliance.

At a joint news conference at the Presidential Palace in Helsinki, Finland’s President Sauli Niinisto and Prime Minister Sanna Marin made their statement.

The Finnish Parliament is expected to endorse the decision in coming days, but it is considered a formality following a swell in public support for doing so.

A formal membership application will then be submitted to NATO headquarters in Brussels, most likely at the some point next week.

‘I heard almost across the board, very strong support for Finland and Sweden joining the alliance, if that’s what they choose to do, and I’m very confident that we will reach consensus,’ he said from the German capital.

Russian President Vladimir Putin, who has justified the war in Ukraine by stating it is a response to NATO’s expansion in Eastern Europe, would be offended if the two nonaligned Nordic countries joined the alliance.

Finland and Russia share an 830-mile border. If Finland’s application is approved, Russia’s NATO border will nearly quadruple in length.

In a phone discussion with Finland’s President yesterday, Putin informed him that joining NATO is a “mistake” because the country has “no security threats.”

Russia has repeatedly warned of consequences if Helsinki joins the alliance, but earlier this week, Niinisto told reporters that ‘joining NATO would not be against anyone.’ He said his response to Russia is: ‘You caused this. Look in the mirror.’