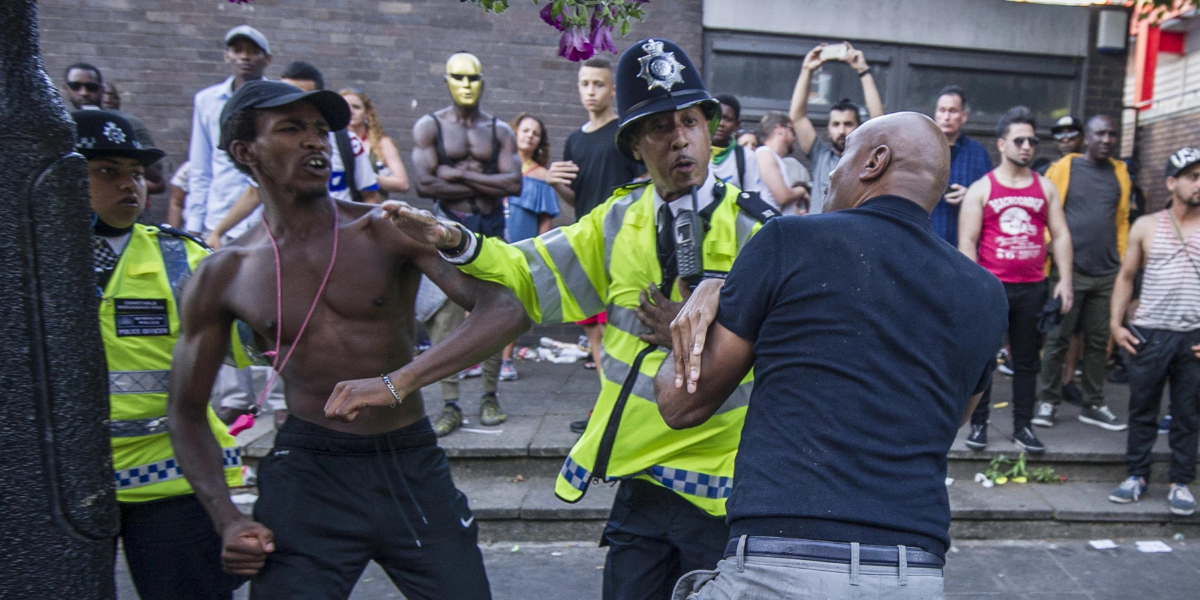 While the Metropolitan Police claimed on August 28th that “Carnival is a great event to the police,” it ended on a predictably sour note on Monday, with a murder investigation launched after a 21-year-old man, who has yet to be identified, was stabbed to death in the early evening.

Dr. Alison Heydari, Commander of Local Policing, stated that the “atmosphere over the past two days has been largely positive and good-natured as Carnival should be” — one might even say “mostly peaceful” — before adding, “[r]egrettably, on Monday evening we saw a number of violent incidents and a 21-year-old man has lost his life.”

“Our thoughts are with his family as they come to terms with their terrible loss,” Heydari added.

“A murder investigation is underway, led by homicide detectives from the Met’s Specialist Crime Command.

Overall, the Metropolitan Police confirmed that it had made 209 arrests during the carnival for the following offences:

However, this clearly understates the accurate scale of criminality at the event because it excludes crimes for which no one has yet been arrested — including the killing above.