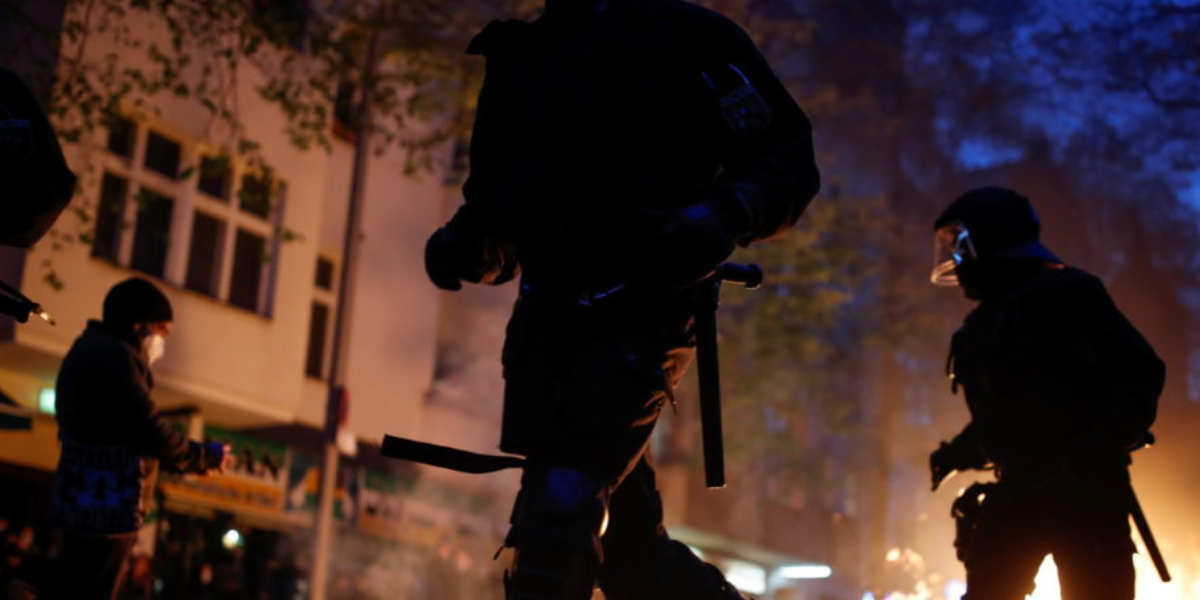 Hundreds of protesters clashed with riot police across London, demanding an end to the Islamic Republic of Iran after a Kurdish woman was arrested and allegedly tortured to death for wearing her hijab too loosely.

According to Scotland Yard, the disorder at Sunday’s protest began near the Iranian embassy in London before moving to Marble Arch and then to Maida Vale, where the Islamic Centre of England was targeted. Protesters were also seen outside the Kilburn Islamic Centre.

As reported by the police, several officers were injured during the protest, with five of them hospitalised with severe injuries, including broken bones. Meanwhile, 12 people were arrested on suspicion of violent disorder.

It comes as protests in Iranian cities have spread worldwide in response to the death in custody of Mahsa Amini, 22, after being detained by the Iranian morality police.

Crowds chanted “Death to the Islamic Republic” and waved Iran’s pre-revolutionary flag. In one video, two officers wrestle a protester to the ground after he appears to have broken through the police line.

Scotland Yard said officers were able to protect the embassy’s security but were subjected to additional attacks as a result. According to the force, masonry, bottles, and other projectiles were thrown, and several officers were injured.

Community leaders and residents are now warning that the violence is “spreading all across Britain, wherever there are South Asian communities,” which is effectively everywhere.

According to some conservative commentators, communal violence between Muslims and Hindus, is marked by disagreements over foreign political situations and foreign cries of “Allahu akbar!” and “Jai Shri Ram!” — which translates roughly as “[Our] God is greater!” and “Lord Rama, victory!” respectively — highlight the negative effects of mass migration and multiculturalism on Western society, implying that diversity is not always a strength.