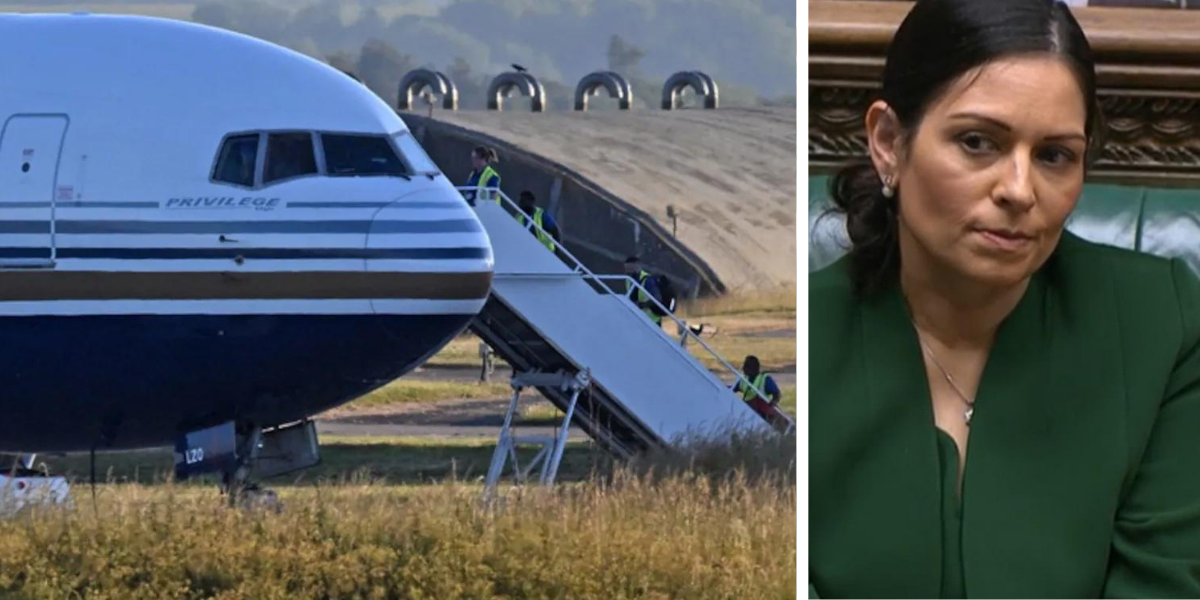 The first flight from the United Kingdom to Rwanda did not take off as planned on Tuesday after the European Human Rights Court granted last-minute orders to stop the deportation of the few migrants on board.

The number of people scheduled to board the flight had dropped from 130 to seven, and to none.

Foreign Secretary Liz Truss had earlier stated that the plane would take off regardless of the number of passengers on board. However, no one remained after the appeals.

The cancellation of the Tuesday flight comes after three days of frantic court challenges by immigration rights advocates and labour unions seeking to halt the deportations. Church of England leaders joined the opposition, calling the government’s policy “immoral.”

In April, the prime minister announced an agreement with Rwanda under which illegal immigrants to the UK would be deported to the East African country. Rwanda would receive millions of pounds in development aid to accept them. Deportees would be able to seek asylum in Rwanda rather than Britain.

British Prime Minister Boris Johnson had defended the plan earlier in the day. Johnson declared, “We are going to get on and deliver” the plan, arguing that it was a legitimate way to protect lives and thwart criminal gangs that smuggle migrants across the English Channel in small boats.

While charities, political opponents, and religious leaders have accused the government of waging an “inhumane” war on asylum seekers, the government claims it will reduce the number of dangerous cross-Channel journeys and destroy the business model of people-smuggling networks.

British Home Secretary Priti Patel said she was disappointed that “legal challenge and last-minute claims” meant the plane did not take off but vowed to pursue the heavily criticised policy.

“We will not be deterred,” she said in a statement.

“Our legal team are reviewing every decision made on this flight and preparation for the next flight begins now.”

The grounding was made possible by an ECHR ruling that at least one of the asylum seekers should remain in the UK because there were no guarantees for his legal future in Rwanda, which had previously agreed to take in a number of refugees bound for the UK in a contentious deal with London.

However, Britain is confident it can overcome any legal challenges and still deport asylum seekers to Rwanda.

Patel called the ECHR intervention “very surprising” and vowed that “many of those removed from this flight will be placed on the next”.