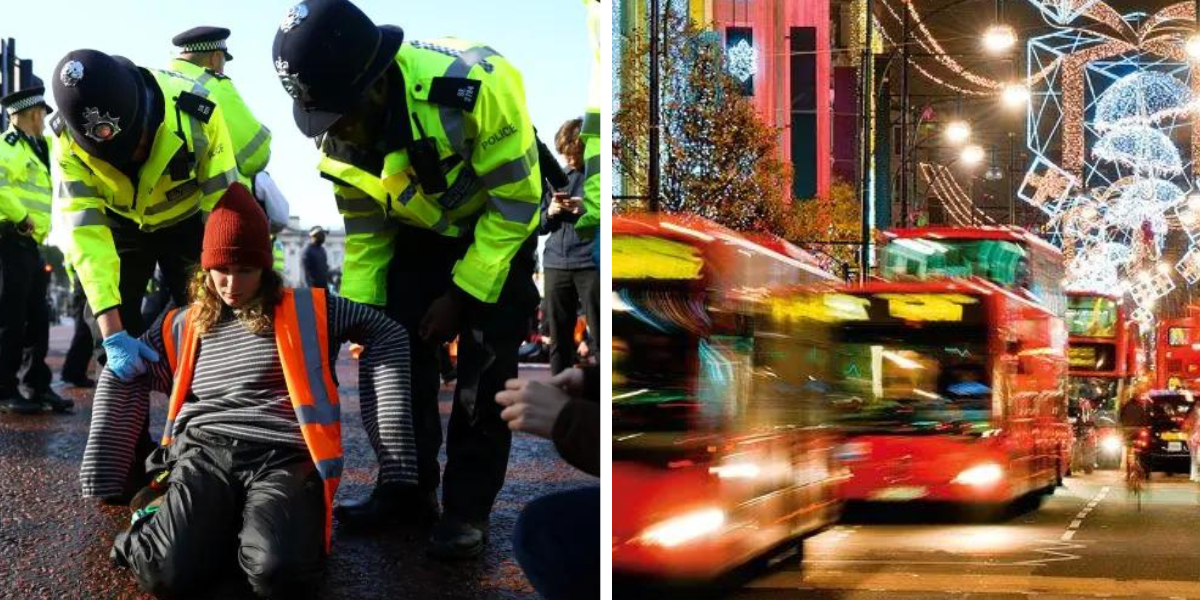 Just Stop Oil has warned that it may cause major disruption for millions of Britons around Christmas, a move that may elicit angry reactions from holiday shoppers.

For more than a month, the campaign group has staged disruptive protests throughout London, blocking roads and frequently glueing themselves to the tarmac, while buildings and famous paintings have also been targeted.

Just Stop Oil announced earlier this week that it was suspending protests after 32 days to give the government time to “consider their responsibilities to this country.”

Protesters have given ministers until the end of tomorrow to respond to their calls for the suspension of new oil and gas licences, warning that if they do not receive a response by then, their activities will be “escalated.”

On the other hand, Just Stop Oil has warned of additional disruptions around Christmas and has pledged to “continue in Civil Resistance until the government stops harming us, the ordinary everyday people of this country.”

“There is no longer any ceiling on our weather, what the next storm will bring, what the next rainfall will bring,” a Just Stop Oil spokesperson said. “I think people should plan for disruption, and not just at Christmas.”

In scenes reminiscent of the previous four weeks, activists were dragged away by officers and placed in police vans as members of the public looked on.

“Rishi Sunak is about to U-turn on attending COP27; we demand that he also U-turn on new oil and gas,” a spokesman for Just Stop Oil said.

“This genocidal policy will kill millions of people while failing to address the country’s worst cost-of-living crisis in its history.”