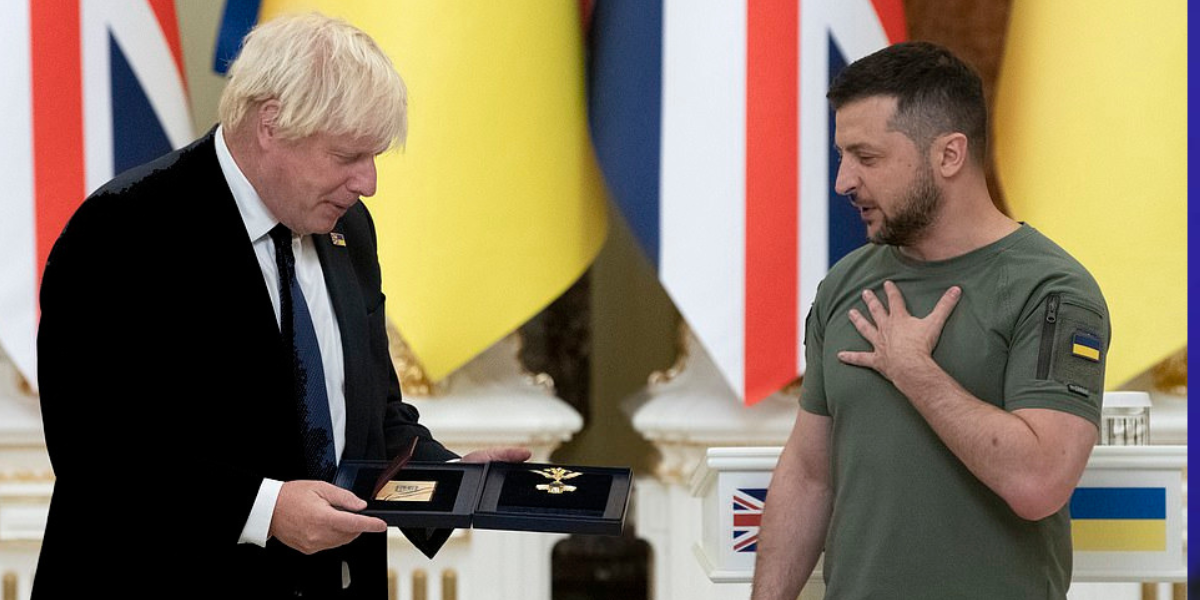 On his final visit to Kyiv as Prime Minister, Boris Johnson was honoured with a Hollywood Walk of Fame-style flagstone and a medal for his wartime support of Ukraine.

Mr Johnson, who has been a vocal supporter of Ukraine’s plight in the face of Russian aggression, was bestowed with the Ukrainian ‘Order of Liberty,’ the highest award bestowed upon foreign nationals, in a ceremony personally led by Ukrainian President Volodymyr Zelensky.

Following the intimate ceremony in which Mr Johnson received his medal and shared a warm handshake with his Ukrainian counterpart, the pair toured Kyiv’s streets, where the Prime Minister was shown a commemorative plaque bearing his name that was inset into the Ukrainian capital’s pavement.

The Prime Minister visited the Ukrainian capital on the 31st anniversary of Ukraine’s independence from Soviet rule.

As the country prepares to enter winter still at odds with Russia, he also held a final round of face-to-face talks with Mr Zelensky, with whom he has grown close.

Mr Johnson has less than two weeks left in office, and the government has been keen to emphasise that British support for Ukraine will continue, regardless of who succeeds him as Prime Minister, either Liz Truss or Rishi Sunak.