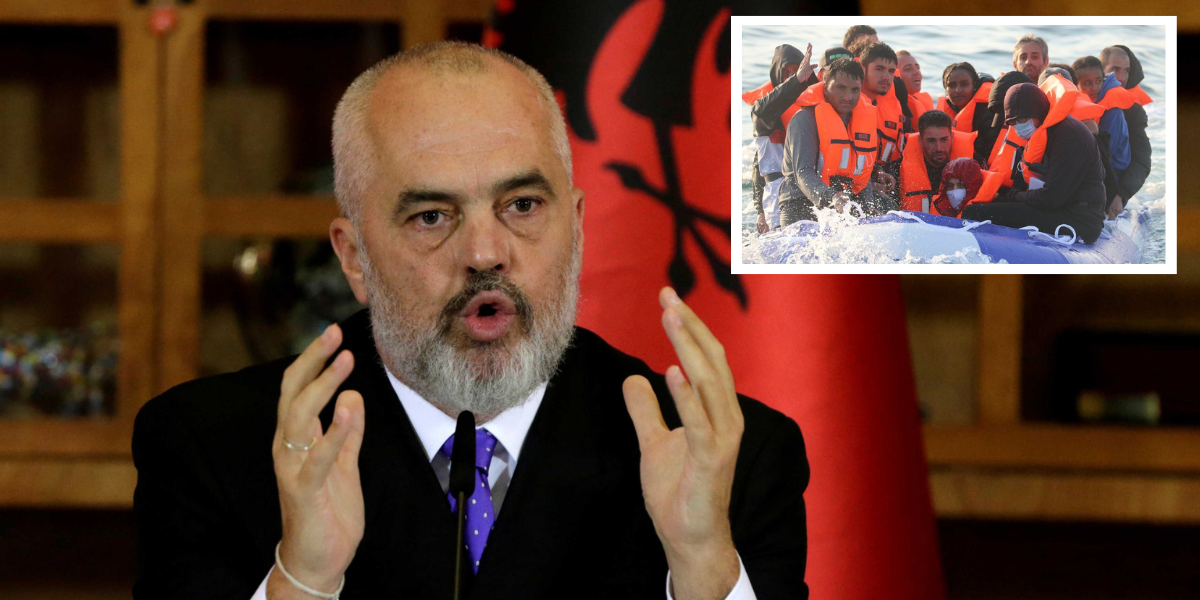 Prime Minister of Albania Edi Rama was “disgusted” by Home Secretary Suella Braverman’s choice of language in a combative Commons debate this week in which she claimed there is an “invasion” of migrants crossing the Channel.

Because of the migration crisis, when “failed policies” are to blame, Albania’s prime minister described Britain as a “madhouse” with a culture of “finding scapegoats.”

Mr Rama said:  “It’s about the climate that has been created, and it’s about finding scapegoats and blaming others.

“Britain was a role model in this and now is becoming like, I don’t know, like a madhouse,” he said.

Ms Braverman has come under fire for frequently singling out Albanian asylum seekers after their numbers crossing the Channel in small boats skyrocketed.

Mr Rama continued in a tweet: “Targeting Albanians (as some shamefully did when fighting for Brexit) as the cause of Britain’s crime and border problems makes for easy rhetoric but ignores hard fact.”