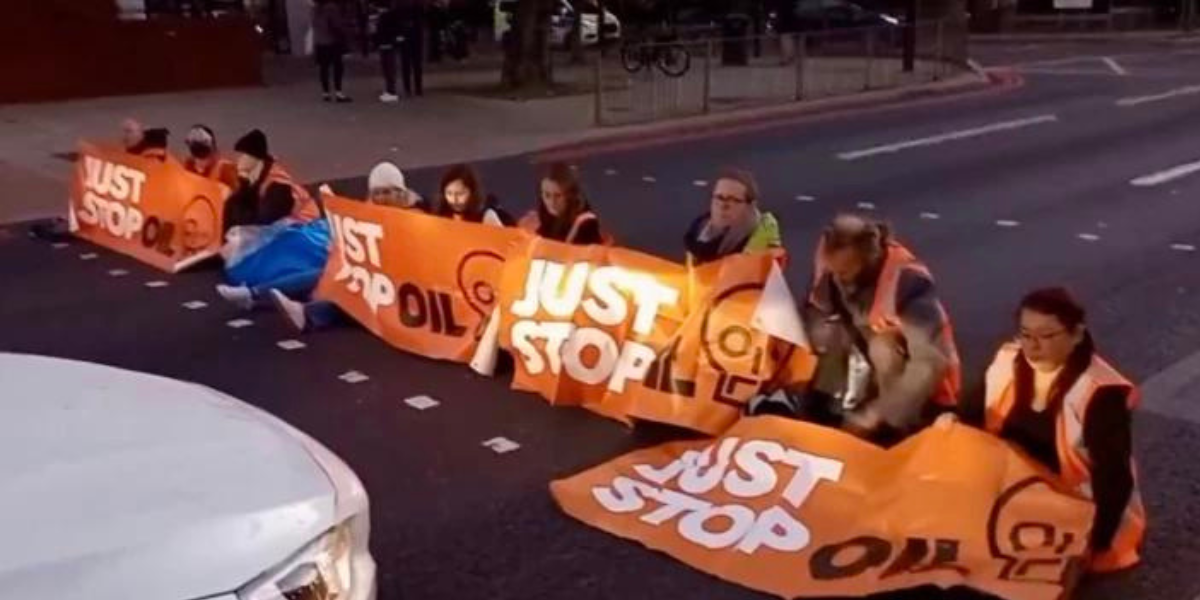 Protesters from Just Stop Oil have blocked the A4 by forming a human chain outside Baron’s Court tube station.

Thirty activists took to the busy road in an attempt to persuade the government to halt all new oil and gas licences.

Two protesters from the campaign group are still atop the two 84-meter-high masts on the north side of the Queen Elizabeth II Bridge, indicating that it is still closed.

The pair scaled the masts at 5 a.m. on Monday, forcing the bridge to close.

The road has been closed for more than 24 hours as activists continue to protest the government’s oil and gas policy.

It follows a series of protests by Just Stop Oil, including the throwing of soup over the Department for Business, Energy, and Industrial Strategy building.

Earlier in the day, two Just Stop Oil protesters scaled the Queen Elizabeth II Bridge, which connects Essex and Kent. As a result, police were forced to close it to traffic.

According to Just Stop Oil, their supporters have been arrested over 1,750 times since the campaign began on April 1, and five are currently in prison.