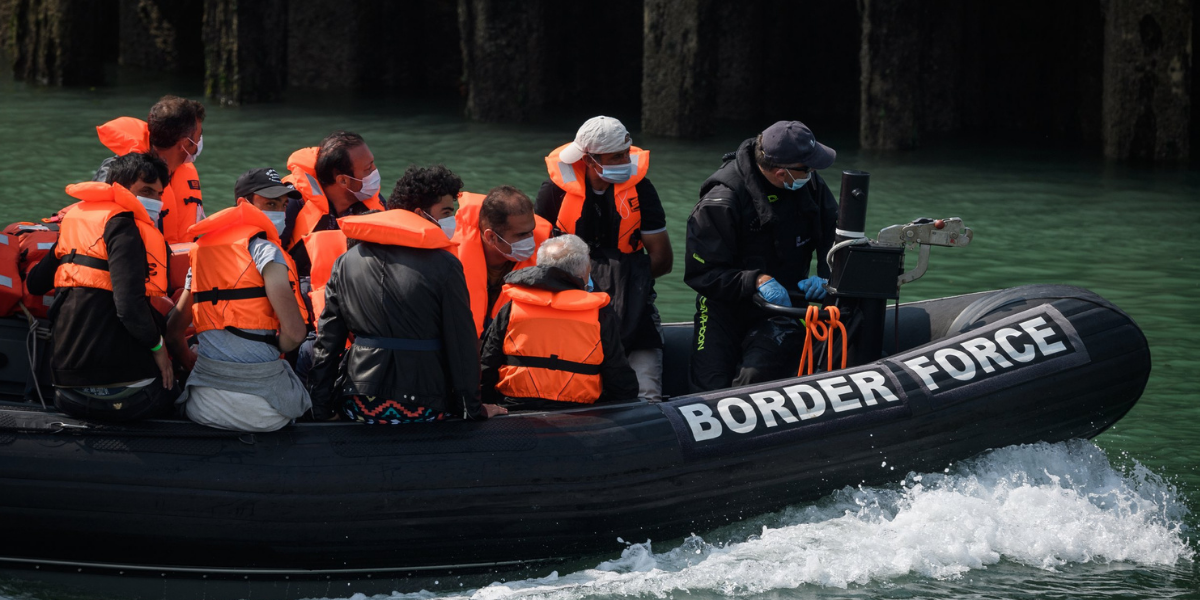 Over 300 foreign migrants arrived in the United Kingdom on Sunday after illegally crossing the English Channel in tiny boats.

Despite the UK government’s haphazard attempts to slow the flood of arrivals, illegal migrants continue to cross the English Channel in small boats in the hopes of reaching Britain, with over 300 people doing so on Sunday alone.

While UK officials have threatened new entrants with a one-way journey to Rwanda if they come to the UK, this appears to have had no effect on the number of people arriving, but Sunday’s number has not been confirmed by the UK Ministry of Defence, which is now in charge of addressing the problem.

According to a story in The Times, about 8,000 migrants have arrived in Britain by launching tiny boats into the Channel this year, a roughly threefold rise over the number who did so this time last year.

The UK Border Force, as well as the maritime safety NGO the Royal National Lifeboat Institution, had to save dozens of yesterday’s arrivals from stormy waters, according to the journal.

Many of the new arrivals were reportedly transferred to MOD Manston, a former Royal Air Force base that has been repurposed to handle asylum seekers in addition to being converted into an international airport.

Tom Pursglove, the minister in charge of dealing with illegal migration, expressed his dissatisfaction with the growing number of people trying the risky Channel crossing in small boats.

“Not only are they an overt abuse of our immigration laws but they also impact on the UK taxpayer, risk lives and our ability to help refugees come to the UK via safe and legal routes,” the Conservative Party official said. “Rightly, the British public has had enough.”

While Pursglove goes on to say that additional measures will help alleviate the problem, including the government’s proposal to send unlawful migrants to Rwanda, recent developments surrounding the migrant deterrence scheme imply that its usefulness may be limited.

According to documents from the UK Home Office, just 300 unlawful migrants may be deported to Rwanda each year, a very tiny number considering that over 28,000 migrants entered the country illegally last year and that as many as 100,000 could arrive this year.

Furthermore, despite the Rwanda plan, those who claim to be transgender may be allowed to stay in the country, according to a Home Office “Equality Impact Statement,” which found that those who desire to change gender may risk human rights violations in the African country.

“We would undertake a case-by-case risk assessment when determining eligibility for relocation,” the equality document states regarding individuals.

“No one will be relocated if it is unsafe or inappropriate.”