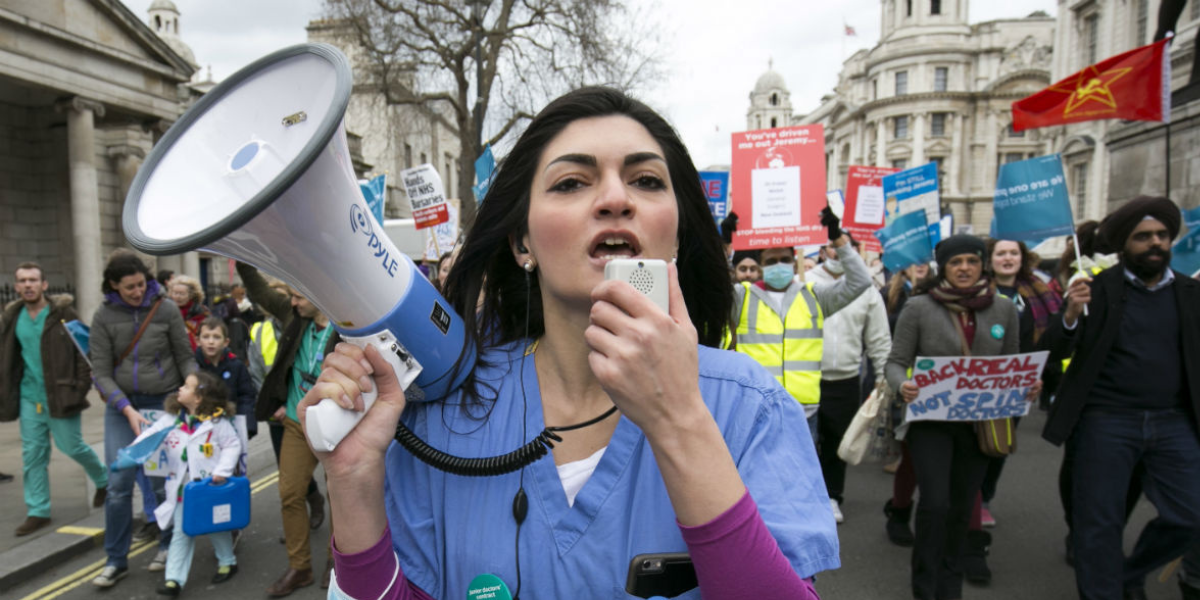 Doctors in the UK have called for a 30% pay increase over the next five years, with some threatening strike action if their demands are not met.

Delegates at the British Medical Association’s (BMA) annual conference in Brighton voted to press ministers to agree to the raise, which they claim compensates for real-term salary cuts since 2008.

Some doctors who backed the motion cited the rail workers’ strike as an example of how public sector workers should pursue pay demands with the current administration.

Dr Emma Runswick, who presented the motion to the conference stated, “Pay restoration is the right, just, and moral thing to do, but it is a significant demand, and it will not be easy to win.”

“Every part of the BMA needs to plan for how to achieve this. But I’m not foolish, I know that it’s likely that industrial action will be required to move the governments on this issue.”

She said that it is “outrageous” that doctor’s pay has been cut by 30%, a sum that represents earnings losses amounting to “millions of pounds”.

Dr Runswick added: “All around us, workers are coming together in trade unions and winning big – last month bin men in Manchester 22%; Gatwick airport workers won a 21% pay increase two weeks ago, and in March cleaners and porters at Croydon hospital won a 24% pay rise.

Delegates were told by Dr Jacqueline Davies: “There is a solution to the backlog and the unmanageable workloads that NHS employees face.

“The NHS is facing record demand with no additional capacity. Staff are leaving in droves and there’s no rescue plan beyond ‘work harder’.

“We know that staff shortages lead to critical incidents and who gets the blame? We do, the burden falls on us.”

Waiting times were “too high” even before the pandemic, according to the deputy chair of the BMA Council, and have now reached a “perilous level” due to the added pressure of COVID.

“We have a record 6.5 million people waiting for treatment in England, as well as the significant ‘hidden backlog’ of people who have still to come forward for care after the worst of the pandemic, or whose referrals were cancelled,” Dr David Wrigley said.

Doctors also urged MPs to address staff shortages in order to assist the NHS in dealing with record waiting lists, with one doctor stating that there is no rescue plan beyond ‘working harder.’