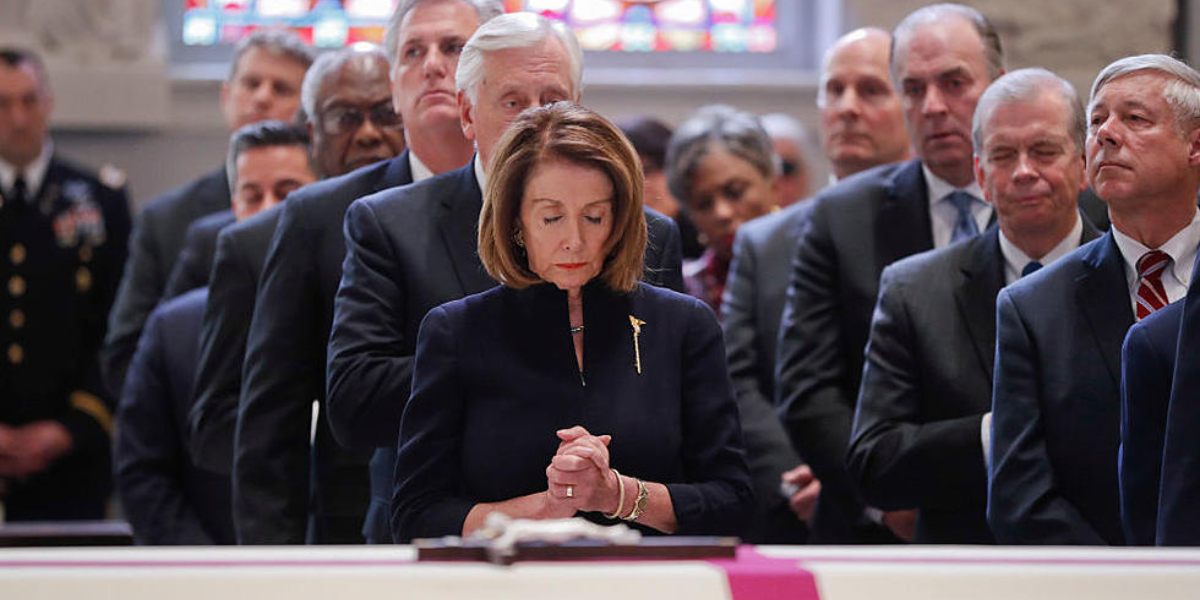 Speaker of the House Nancy Pelosi attended Pope Francis’ Mass in the Vatican on Wednesday, and received Holy Communion not from the pope but from another priest assisting at the Mass.

Tuesday night at a reception at the United States, Pelosi stated that she was taking a personal trip to Rome with her family for a vacation.

It was unclear whether the priest was aware of Mrs. Pelosi’s identity or the fact that she has been barred from receiving Communion in her native archdiocese of San Francisco due to her zealous advocacy of abortion, which the Catholic Church considers murder.

Pope Francis has called abortion “murder” and a “scourge,” likening it to hiring a paid assassin to kill a child.

In 2021, Pelosi applauded Francis’ “immense moral clarity,” but she carefully avoided mentioning abortion. He has stated that a “just society acknowledges the priority of the right to life from conception to natural death.”

Pelosi asserted that a woman has “the right” to an abortion in January 2015, asserting that she was “more knowledgeable about having babies than the pope.”

Pelosi, a self-described Catholic, went even further in her acceptance speech for Planned Parenthood’s highest accolade, the Margaret Sanger Award, by labelling pro-lifers (including the pope) as “stupid,” “close-minded,” and “oblivious.”

Pope Francis highlighted the paradox of modern secular societies that go to great lengths to protect children while defending a so-called “right” to abortion in a 2015 interview.

“Curiously,” he said, these countries with very strict laws regarding the protection of minors, who even punish fathers or mothers who spank their children, “have laws allowing them to kill their children before they are born.”

“Those are the contradictions we live with now,” he said.

Following the Supreme Court’s decision to overturn Roe v. Wade last Friday, returning the issue of abortion to the states, Mrs. Pelosi called the court’s ruling the cumulation of a “dark, extreme” effort led by the Republican party.

“Because of Donald Trump, Mitch McConnell and the Republican Party, their super majority and Supreme Court, American women today have less freedom than their mothers,” Pelosi said. “With Roe and their attempt to destroy it, radical Republicans are charging ahead with their radical crusade to criminalize health freedom.”

The United States’ Catholic bishops, on the other hand, expressed “joy” at the decision, praising it for overturning a “unjust law” that had resulted in “the deaths of tens of millions of preborn children, generations that were denied the right to even be born.”

Catholic League president Bill Donohue, for one, hailed the decision as a victory for democracy and life.

“It is a credit to the Catholic Church that it led the discussion on the morality of abortion for all these years,” Dr. Donohue noted in his June 24 essay.

“This ruling makes us proud to be Catholic.”