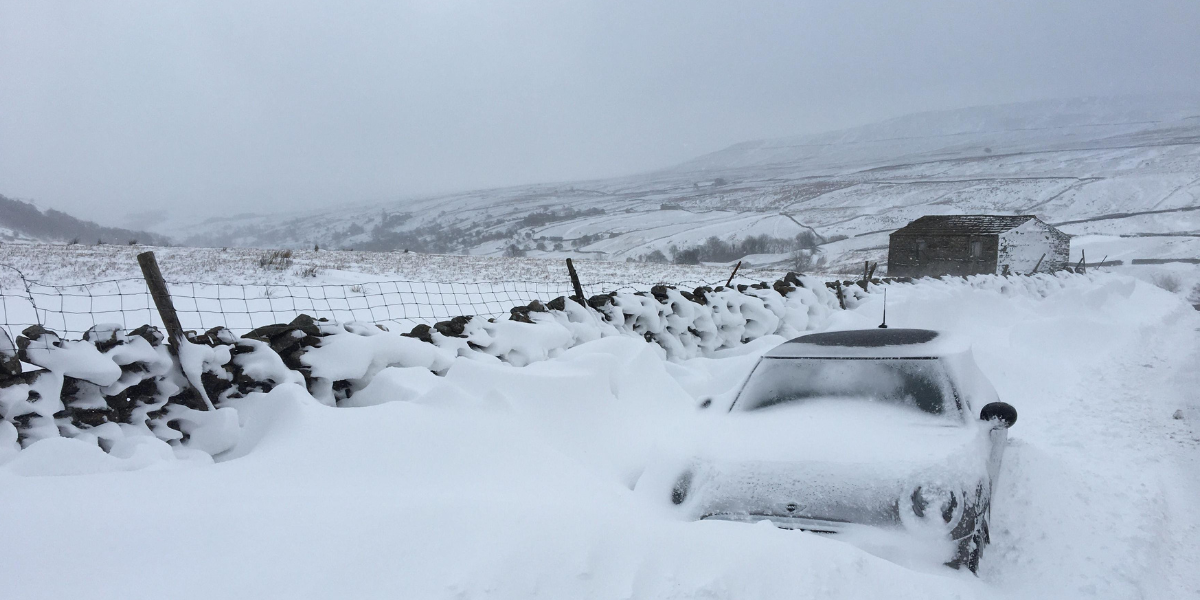 Meteorologists predict a major freeze this winter, with up to four inches of snow falling in parts of the UK in December.

Winds from Poland and Russia may cause wintry showers as Christmas approaches, while speculating that the ‘Beast from the East’ could return to the UK.

“High pressure basically over Scandinavia and northern Russia. So we get a Beast from the East. It’s from the east which is always a very cold direction. We get into December and in no man’s land.

“High pressure growing over eastern Europe through the end of November will drive the cold blast as it nudges closer to the UK.

“Right now it is classical season temperature changes, mist and fog, then we get the easterlies, the breeze.

“You won’t notice the breeze much from Wednesday onwards, it won’t be crazy, just a bit chilly.”

However, he added that from the first week of December as temperatures lower “It starts to pick up more and by now we have got some snow over the higher ground in Scotland.

“The snow showers will be sporadic, waiting for the bigger stuff from Europe, which is very sub-zero.

“The freeze from those Eastern parts is transporting itself into ourselves, and that will probably mean as we move towards Christmas (I won’t say Christmas itself) but around the 12th and 15th, that’s when we can start to talk about potential snow events.”

He urged people to prepare for the cold, saying, “Preparation is everything, think about cars and clothing.”

“The beast from the east has awoken and has set its sights on Europe, and it will grow in size by December. That’s what we’re saying at the moment.”