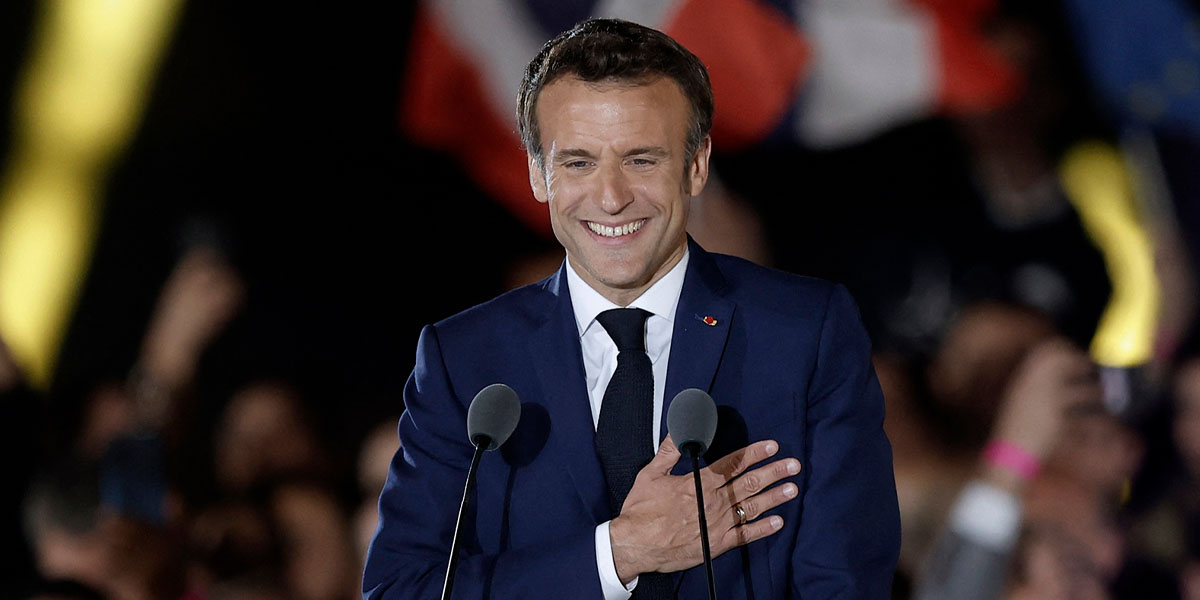 World leaders have hurried to congratulate today as French President Emmanuel Macron on his election triumph against his far-right opponent, with many in Europe hailing the result as a victory for the EU. Many of the congratulatory comments given to President Macron after his re-election focused on European stability.

After Macron’s convincing victory over Marine Le Pen, European Council President Charles Michel, as well as the prime ministers of Belgium and Luxembourg, were among the first to congratulate him, followed by practically all of the bloc’s 27 leaders. “Bravo Emmanuel”, Michel wrote on Twitter. “In this turbulent period, we need a solid Europe and a France committed to a more sovereign and more strategic European Union.”

A victory for Le Pen, a fiercely eurosceptic leader who has shown sympathy for Russian President Vladimir Putin, would have had devastating consequences for the EU’s stability. Le Pen had long flirted with the prospect of exiting the union, while she stressed during her campaign that she had no “hidden plan” for leaving the bloc or the euro single currency this time.

British Prime Minister Boris Johnson, the public face of Brexit for many Europeans, applauded the result, pledging cooperation with Macron and saying: “France is one of our closest and most important allies”.

Within half an hour after the announcement, the leaders of Sweden, Romania, Lithuania, Finland, the Netherlands, and Greece, as well as European Commission President Ursula von der Leyen, congratulated each other.

“I look forward to continuing our extensive and constructive cooperation within the EU and NATO, and to further strengthening the excellent relationship between our countries,” Dutch Prime Minister Mark Rutte said.

Joe Biden, the president of the United States, also hailed Macron’s victory. “France is our oldest ally and a key partner in addressing global challenges,” he said. “I look forward to our continued close cooperation – including supporting Ukraine, defending democracy, and countering climate change.”

Australian prime minister Scott Morrison said Macron’s victory was a “great expression of liberal democracy in action in uncertain times” and said he wished the French leader and his country “every success, in particular, our leadership in Europe and as an important partner to Australia in the Indo-Pacific”.

Justin Trudeau, Canadian Prime Minister, also announced that he is “looking forward to continuing our work together on the issues that matter most to people in Canada and France – from defending democracy to fighting climate change, to creating good jobs and economic growth for the middle class”.

Ukraine’s President Volodymyr Zelensky greeted Macron over the phone after speaking with him multiple times since Russia invaded his nation on February 24. Zelensky also tagged Macron as “a true friend of Ukraine” on Twitter.

“I wish him further success for the sake of the (French) people. I appreciate his support and I am convinced that we are moving together towards new common victories,” he wrote in both Ukrainian and French.