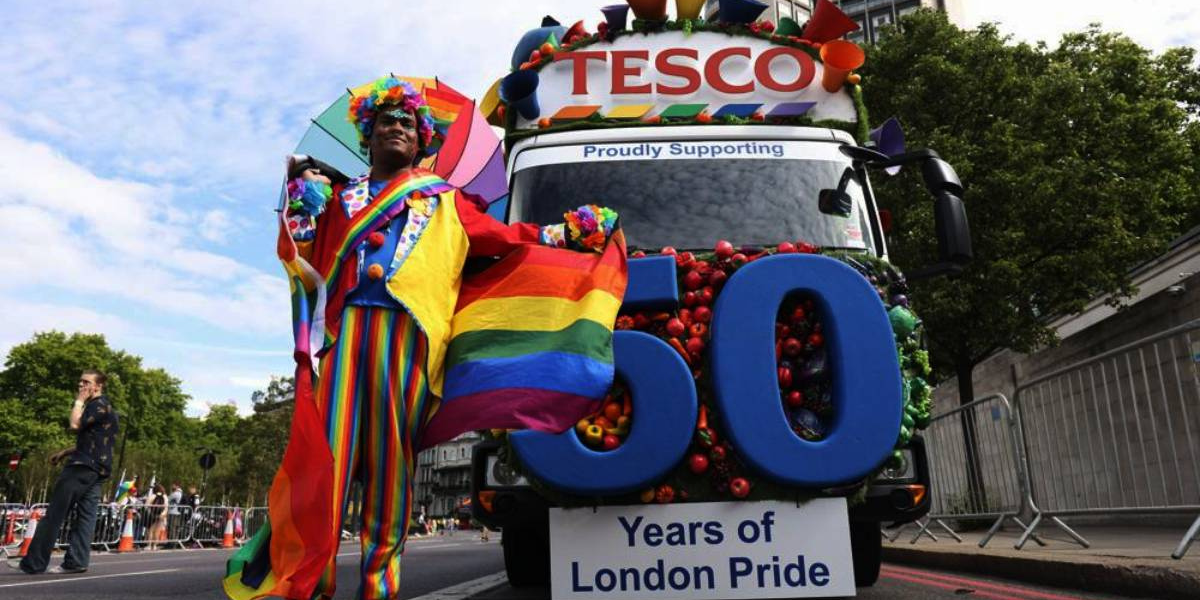 Multinational corporations worth billions of pounds attended a large Pride procession in London, and Coca-Cola sent drag queens and other representatives dressed in work attire to rally support.

Coca-Cola sent drag queens, among other people, to the streets of London in what some may view as a cynical attempt by a company with a dubious reputation to align itself with a supposedly anti-establishment, socially fashionable minority. This was done in an effort to win over the LGBTQIA2S+ community.

“All together now with Coca-Cola!” said one of the drag queens, leading the audience in applause for the event.

“Awww you guys are incredible London,” they continued, unsubtly thanking the crowds for “coming out with Coca-Cola.”

The soft drinks corporation was not the only multinational to participate in the parade, with Microsoft, Comcast, and BlackRock, the massive global investment corporation, all represented.

BlackRock is a significant investor in Communist China, where homosexuality was still classified as a mental disorder in 2001 and where the lives of LGBTQIA2S+ people are reportedly deteriorating under incumbent dictator Xi Jinping.

BlackRock also has a presence in Saudi Arabia, where homosexuality is punishable by death or, in less “serious” cases, prison time and hundreds, if not thousands, of lashes.