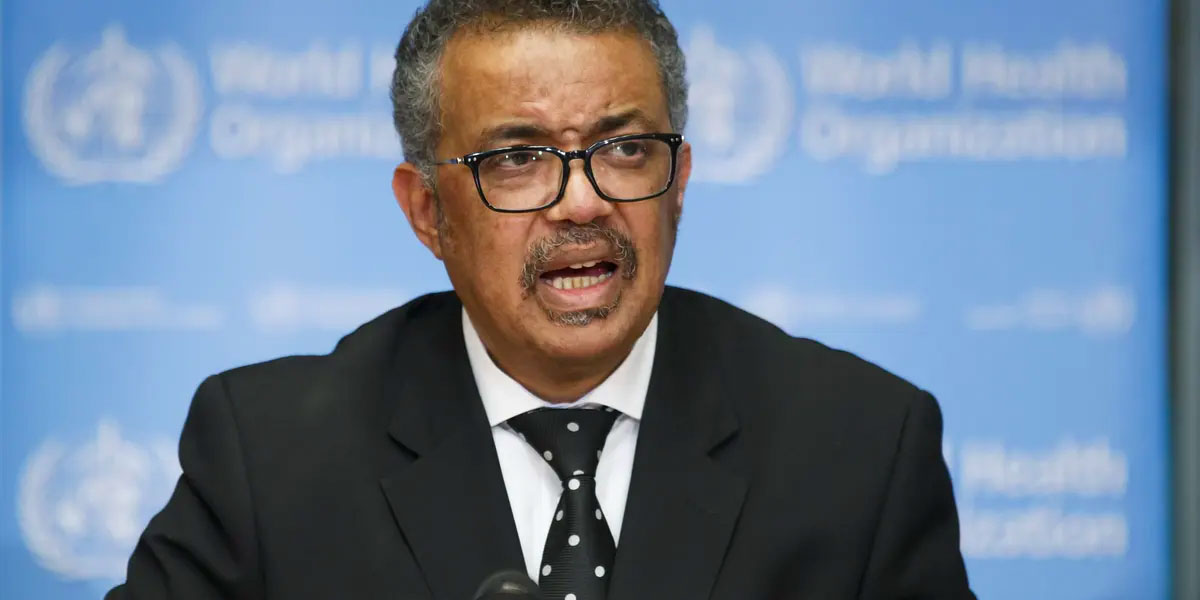 The career bureaucrat and longstanding member of a Marxist-Leninist Ethiopian political party spoke as the world’s attention has now turned to Russia’s invasion of Ukraine and the cost of living begins to soar on the back of rising fuel prices and inflation.

The W.H.O. declared a public health emergency of international concern – the highest level of alarm in the U.N. health agency’s regulations – on January 30, 2020, and Tedros wants the world to stay focused on that threat.

“Two years later, more than six million people have died,” Tedros told a press conference as reported by AFP, while nearly 444 million cases have been registered.

“Although reported cases and deaths are declining globally, and several countries have lifted restrictions, the pandemic is far from over – and it will not be over anywhere until it’s over everywhere.”

He noted the 46 per cent rise in new cases last week in the W.H.O.’s Western Pacific region, where 3.9 million infections were recorded.

“The virus continues to evolve, and we continue to face major obstacles in distributing vaccines, tests and treatments everywhere they are needed,” Tedros cautioned in his call to action.

He also sounded a warning on the recent plunge in testing rates, saying it left the planet blind to what coronavirus was up to even as it surges again in China.

“This inhibits our ability to see where the virus is, how it’s spreading and how it’s evolving.”

In its weekly update on the spread of the virus, the W.H.O said earlier the Omicron variant had “global dominance” over other mutations of the virus.

The W.H.O. said Omicron accounted for 99.7 per cent of samples collected in the last 30 days that have been sequenced and uploaded to the GISAID global science initiative.