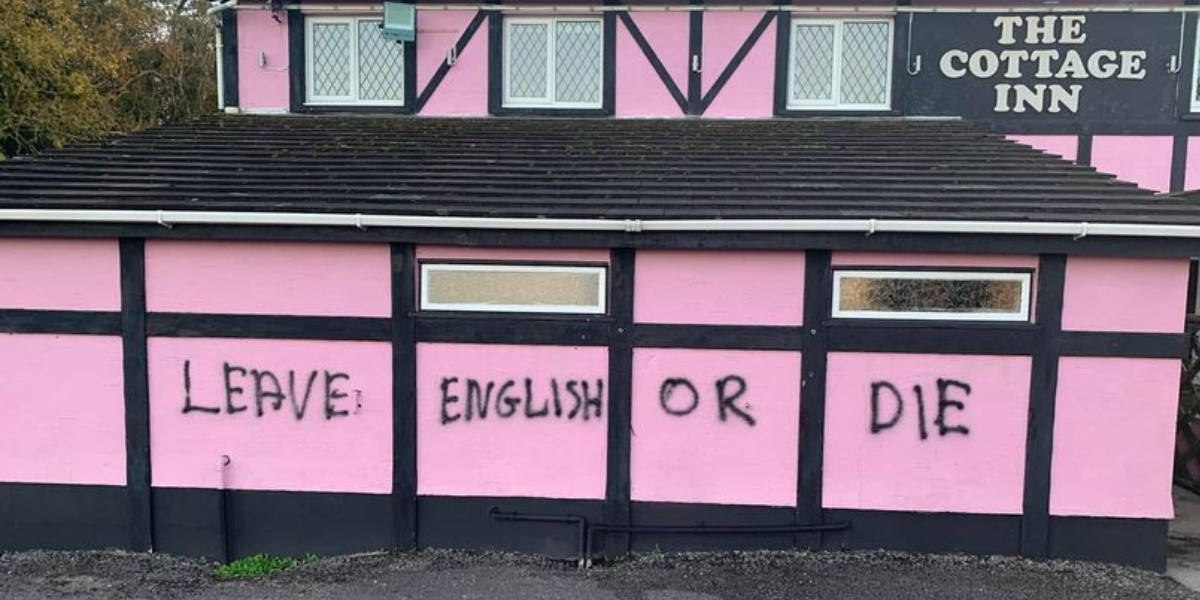 After anti-English graffiti was spray-painted on their building, the owners of a pub say they are “on edge.” The owners of The Cottage Inn in Llandeilo, Wales, shared a photo of the vandalism on Facebook and said they would notify the police.

The message, described as “shocking” by “disgusted” locals, read: “Leave English or die.” The owners captioned the photo, “What can I say? The words say it all.”

Following the posting of the graffiti, they were inundated with messages of support from locals, according to WalesOnline, with some claiming that the message does not reflect the views of the community.

Along with messages of support, the owners were offered assistance in painting over the graffiti, but while grateful, they stated that the police and landlord would need to see it first.

Someone who had recently moved from England offered words of encouragement. “I’m so disgusted seeing this, and as newcomers to the area from England, it makes me very worried by the complete hatred in the area shown to a couple who are just trying to help the community and run a business,” they said.

“This is a death threat and should be taken seriously by the police! Hope they get caught and named.”

Another said: “Absolutely disgusting, why anyone would write this on our local pub. Someone obviously has too much time on their hands. Would love to see them get caught and see them on their hands and knees scrubbing the wall.”

Several commented to reassure the owners that the message did not reflect the community. One said: “This has made me sad and angry. I am so sorry. This does not reflect our beautiful homeland and kind, caring, sharing people.”