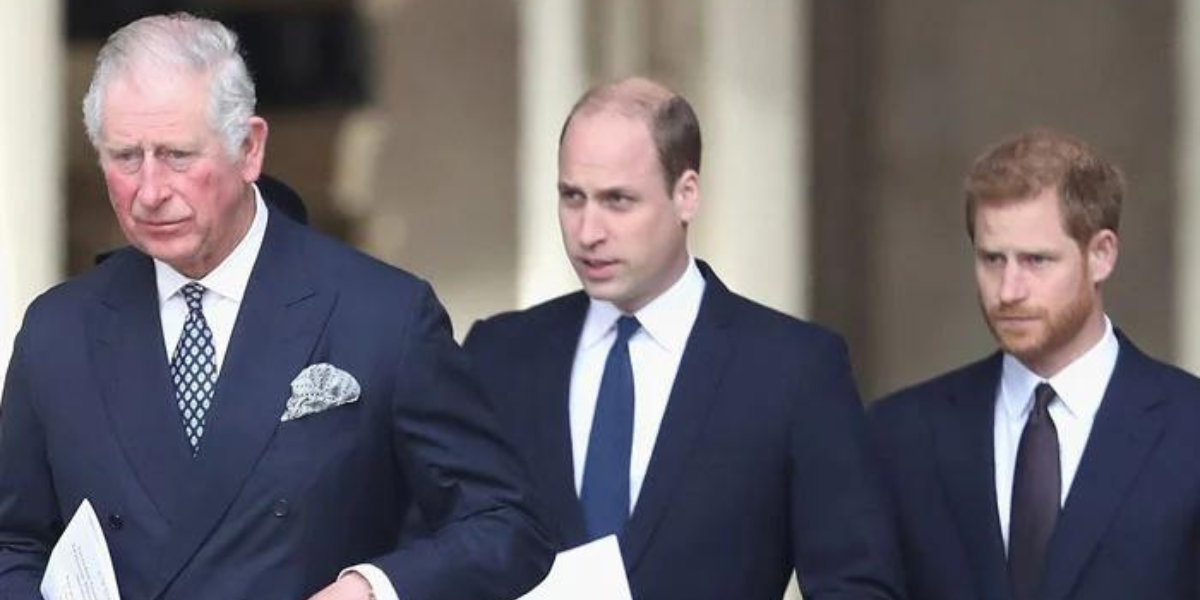 Charles, William, and Harry, as well as Prince Andrew, Princess Anne, and Prince Edward, will walk alongside the coffin as it makes its way to Westminster Hall on Wednesday afternoon.

Anne’s son Peter Phillips and her husband Vice Admiral Sir Tim Laurence, as well as the Duke of Gloucester and the Earl of Snowdon, will walk in the procession.

Camilla, Queen Consort, Kate, Princess of Wales, Sophie, Countess of Wessex and Meghan, Duchess of Sussex will travel by car.

The procession is scheduled to leave the palace at 2:22 pm and arrive at Westminster Hall at 3:00 pm.

The Archbishop of Canterbury will lead a 20-minute service, accompanied by the Dean of Westminster.

During a massive walkabout on Saturday, William and Harry put on a united front with their wives.

The brothers have a well-documented strained relationship, but after their grandmother died, they unexpectedly came together to view floral tributes left to the late Queen at Windsor Castle.

William, Kate, Harry, and Meghan arrived in the same vehicle and greeted well-wishers for about 40 minutes before William took the wheel of the Audi with his wife in the passenger seat and his brother and sister-in-law in the back.

Then, in his tribute to his grandmother, which was released on Monday, Harry stated that he wanted to honour his father at the beginning of his reign as King.

RELATED ARTICLE
Harry and Meghan to FLY BACK to UK, NO PLANS to SEE William and Kate Despite New Home Being 5 Minutes Away