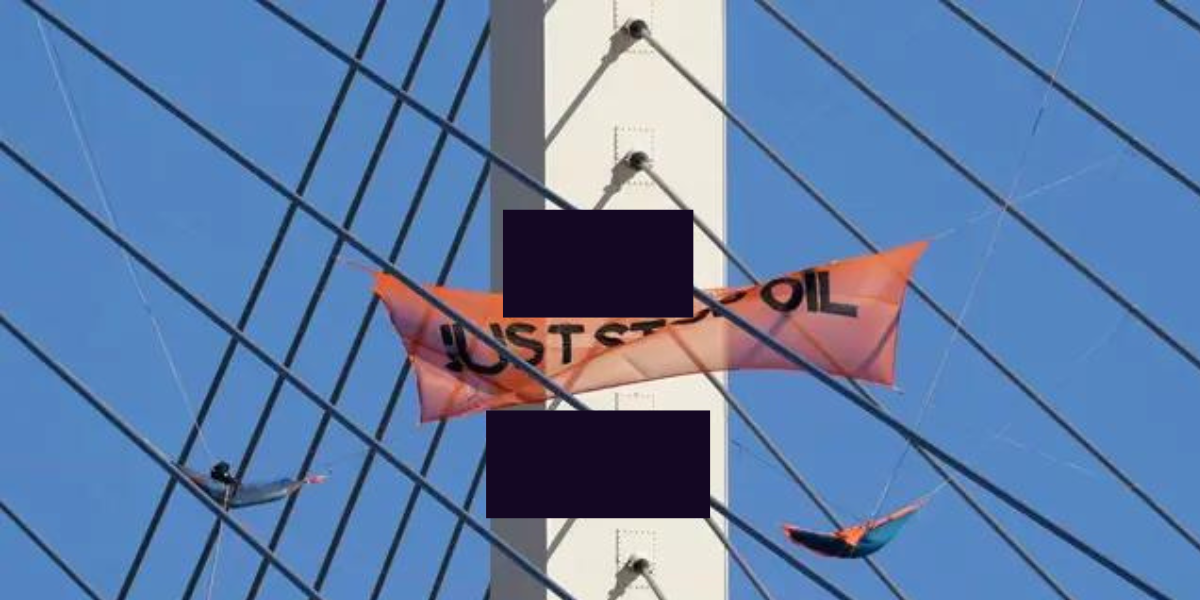 The Just Stop Oil climate activist group has been accused of having “blood on their hands” after two women died in car accidents after being diverted from a bridge that activists had shut down.

Two women died this week after traffic was diverted to the M20 motorway as a result of activists from Just Stop Oil, who gained international attention last week after two members threw a can of tomato soup on the famed Sunflowers painting by Dutch artist Vincent van Gogh while suspending themselves from the Queen Elizabeth II Bridge, a major crossing point of the River Thames in London.

After trying to avoid the backup caused by the green protesters, a BMW driver veered across the highway and collided with other vehicles. To make matters worse, the activists’ traffic jams delayed ambulance crews from reaching the victims for 40 minutes.

Due to the wet conditions, one woman lost control of her vehicle, at which point Webber exited her vehicle and attempted to assist the driver. Mark Heap, a builder who was also attempting to assist the woman, was also injured when the BMW collided with them, leaving him with a broken back and leg.

Speaking to the Daily Mail from his hospital bed, Heap laid blame on the green protesters, saying: “The eco-warriors may have thought it was an innocent protest, but they’ve got blood on their hands.

These climate activists shut down both lanes of the North London crossing made famous by The Beatles.

At the crossing, protesters imitated the pose from The Beatles’ Abbey Road album cover.

Speaking following the action, Just Stop Oil said on Twitter: “Ordinary people are taking direct action against the Government — the person blocking your route to work could be your neighbour, your local council worker, or the man who served you at Tesco.

“Think about what makes normal people choose to take such drastic action, & then join them.”