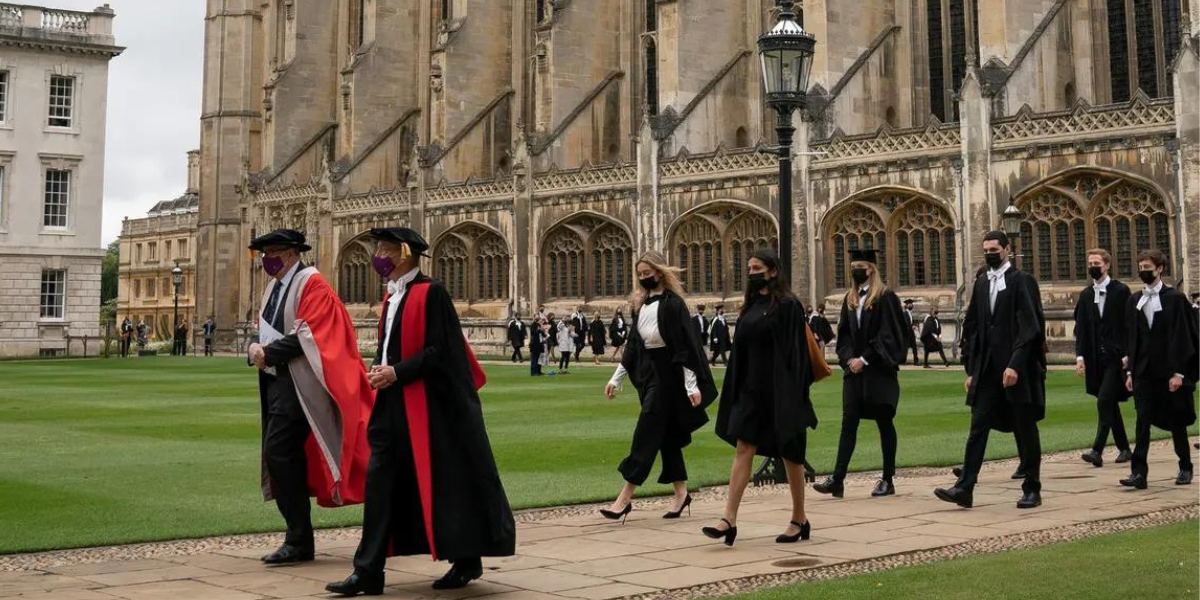 The Tory leadership race has descended into slapstick politics, and it seems to have no boundaries.

In the last week, the two candidates have acted more like cliche-spouting populists on the campaign trail than responsible members of a party that is still in power. The latest foray into education policy by frontrunner Liz Truss – ostensibly the nation’s foreign secretary – defies belief.

She proposes that Oxford and Cambridge interview any high-achieving student in the country who has three A* grades at A-level. She believes it is unfair that “you should have to put yourself forward” for these positions.

She might have added, “God forbid you to have to go somewhere like Leeds University,” a fate she avoided by transferring to Merton College, Oxford.

The concept places an even greater emphasis on exam performance as a predictor of future success, a facile obsession with little to do with education: Truss has long been blown away by exam-centric Chinese schools.

Worse, it reinforces the elitist assumption that Oxbridge should be further aided in selecting the top achievers each year in order to achieve ever higher levels of academic quality and status.

Truss would not have made this proposal if she had graduated from Manchester, Liverpool, Birmingham, or Durham.

Universities can and should play a role in social engineering by broadening their social base. But that is true of all of them.

They are the most powerful agent of the ailing levelling-up agenda in some parts of the United Kingdom. They bring creativity and talent, public funds, and graduate jobs to areas that have been drained over the last half-century. These institutions require the brightest students if they are to compete nationally and internationally.

The government should not try to drain them of a few hundred A* students each year in order to bolster the egos of Oxford and Cambridge.

Such vacuous and ill-conceived ideas spew forth from the Truss camp on a daily basis, forcing the hapless Rishi Sunak to imitate. In an economic downturn, this is not the way to select a responsible prime minister.

The Conservative Party is failing the country.