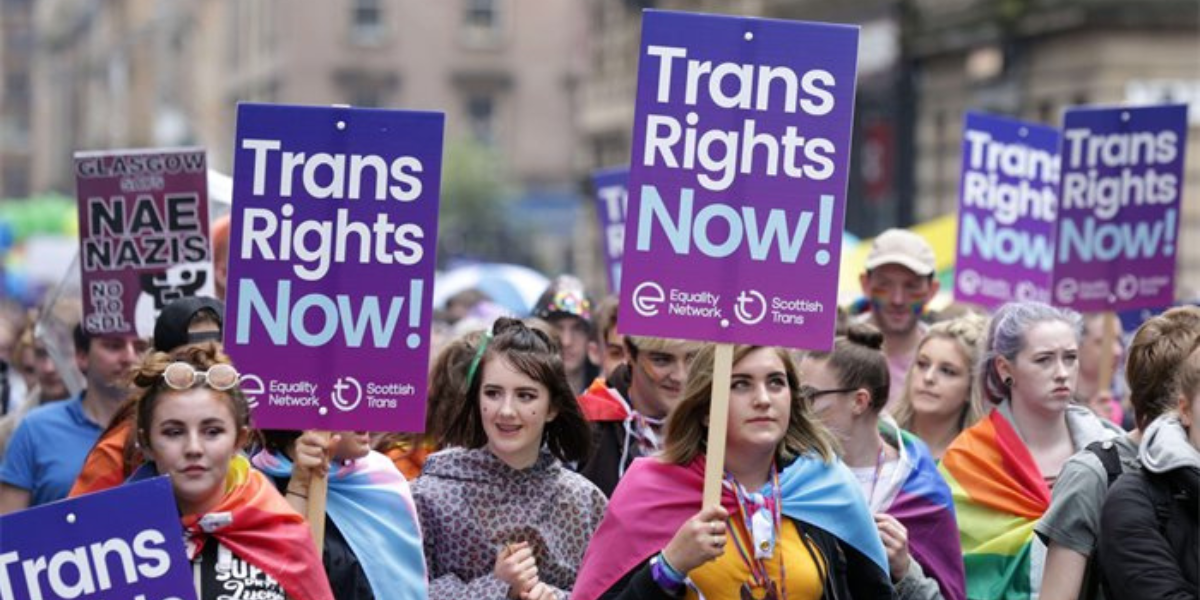 Before MSPs began debating gender recognition legislation, supporters of the reform staged a protest outside the Scottish Parliament.

The protest, organised by Scottish Trans, a member of the Equality Network, urged MSPs to support the Gender Recognition Reform (Scotland) Bill, which is currently being debated in Parliament.

However, a small group of protesters, including members of the Scottish Family Party, held their own demonstration on the grounds outside the building.

They held signs that read, “A man cannot become a woman. Simple.” which Bill supporters attempted to conceal with their own signs and flags.

“It’s really exciting that this Bill is here in Parliament today, it’s something we have been working on for a while,” Mat Wilkie, a volunteer with Scottish Trans, told the PA news agency.

“It’s going to be absolutely wonderful when we get this Bill passed.

“When the Bill has been being developed, there’s been quite a lot of anger towards trans people like me.”

“And that has been difficult to deal with at times.”

Green MSP Maggie Chapman, a supporter of the Bill, said the legislation is a small but “crucial” step on the road to trans equality.

After the Bill is passed, she argued, other changes should be made around legal recognition for non-binary people.

She said: “This Bill still retains the gender binary in law and we know that’s not the experience of people’s lived lives.