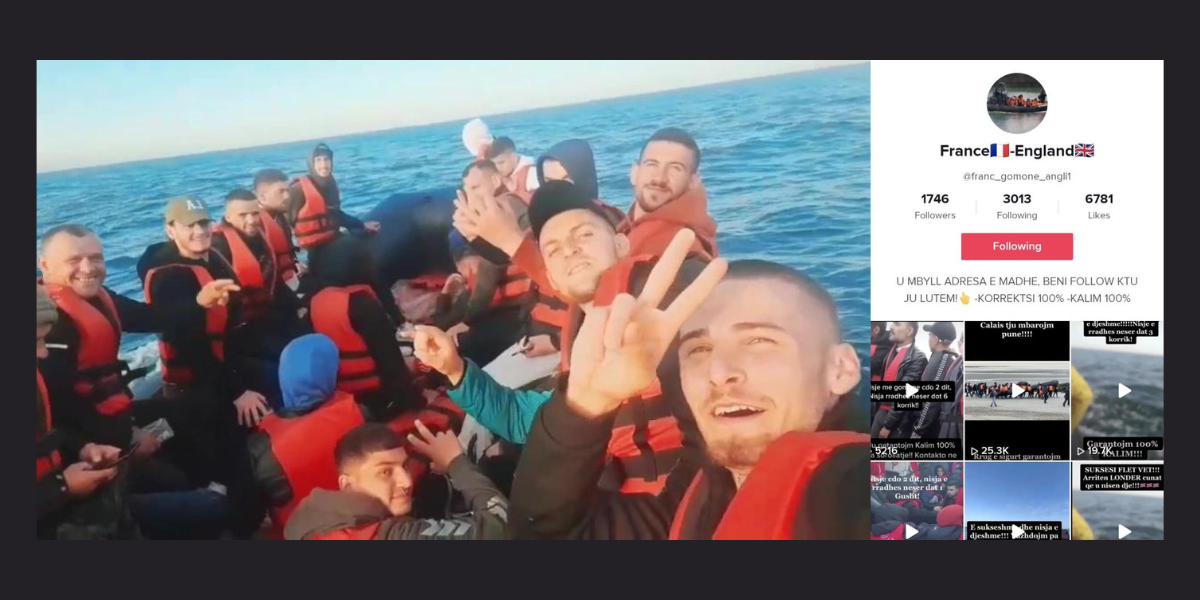 A new investigation has discovered that people smugglers are using TikTok to sell Channel crossings — and bragging about how the French will let migrants through.

Several accounts were discovered to be handled by Albanians selling “safe” passage by small boat or even luxury yacht, as well as advice on how to navigate the asylum system.

One crook boasted to The Sun’s undercover investigator, offering him a £4,500 seat on a cross-Channel dinghy, “The French won’t stop you.” They will, on the contrary, safely accompany you until you reach the UK water border.”

“I can give you a number of a solicitor I have used for my relatives,” the smuggler said on TikTok chat. They have obtained documentation (permission to remain) for half of the Albanians in London.”

“Three months ago, one boy was kept in detention for a month, then he was freed by his solicitor,” he said when asked about recent arrivals.

“All others I have talked to after they arrived were sent to hotels, then they disappeared. They went to their relatives.”

Gent, a smuggler who claimed to be a “god” of the people-smuggling business, offered a “safer” deluxe yacht service to the UK for £15,000 per person.

He was contacted through the Albania-England page, which warned against small boat crossings and stated, “Albanians, do not put yourselves in danger.” Every weekend, we take a yacht trip with rooms.”

Another smuggler, who claimed to be from Birmingham, advertised £8,000 seats on a dinghy that would be packed with up to 40 other people.

In a TikTok chat, a smuggler was asked if the government’s plan to deport migrants to Rwanda, in central Africa, would be problematic.

“No, no, don’t worry,” the Albanian replied. You are not sent there. This has been cancelled. They will place you in a hotel. Then you have the freedom to go wherever you want from there.”

757 Albanians crossed the Channel by small boat in 2021. According to a leaked military report, 1,075 Albanians made the crossing in just six weeks this summer, accounting for nearly 40% of all those who arrived in Britain in this manner.