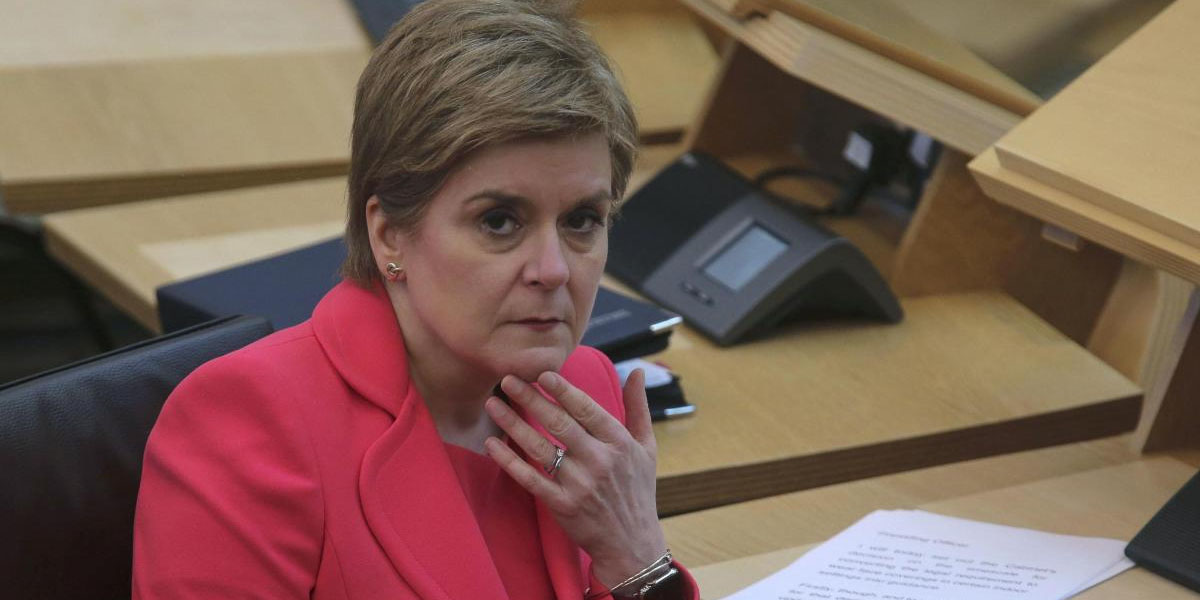 Ahead of Thursday’s local elections, Nicola Sturgeon has refused to define what a ‘woman’ is claiming that oversimplifying the gender discussion risks harming trans people, who are the “most stigmatised and discriminated against group in our society.”

The SNP wants to enable Scots to alter their legal sex by making a statement, and with a crucial vote coming up this week, the debate has turned into a doorstep issue.

Asked to define the word woman, she said: “I’m not going to. I’m just not going to get into this debate at a level that’s about simplified and lurid headlines.”

She added: “Trans people are amongst, possibly the most, stigmatised and discriminated-against minorities in our society. And every time we oversimplify this debate, trans people actually suffer.”

Sturgeon continued, “I think it’s important, they’re such a tiny minority, that we actually take the issues around protecting and enhancing the rights of trans people seriously.”

Some trans activists argue that a transgender woman is literally a woman, regardless of their biological sex.

Female rights activists have written to politicians and election candidates, urging them to define the term “woman,” claiming that anybody who does not respond with the dictionary definition of “adult human female” should be distrusted.

For Women Scotland (FWS) Director Susan Smith added: “This is a First Minister who claims to stand against sexism in politics, yet can’t bring herself to meet and talk to women harmed by her policies.

“Her track record on dealing with harassment and abuse in her own party leaves much to be desired.

“Her self-ID proposals are not about ‘trans people’ but for anyone who chooses, for whatever reason, to change sex in law.

“All the evidence of harms to girls in school forced to use mixed-sex facilities, to women in prison, to the hundreds of girls who are being affirmed as the opposite sex and set on a path to lifelong medicalisation is to be dismissed and discounted.”

Ms Sturgeon’s interview with The Times came weeks after Labour leader Sir Keir Starmer struggled to say whether he believes it is possible for a woman to have a penis.

Prime Minister Boris Johnson has said that the “basic facts of biology” are “overwhelmingly important” in distinguishing between a man and a woman.

Ms Sturgeon’s interview with The Times comes only weeks after Labour leader Sir Keir Starmer hesitated to specify whether a woman can have a penis.

Sturgeon insists that there was no conflict between women’s rights and trans rights as new reforms making it easier for people to change their sex go through Holyrood, making it to a point that she’ll defend it ‘until her dying breath’.