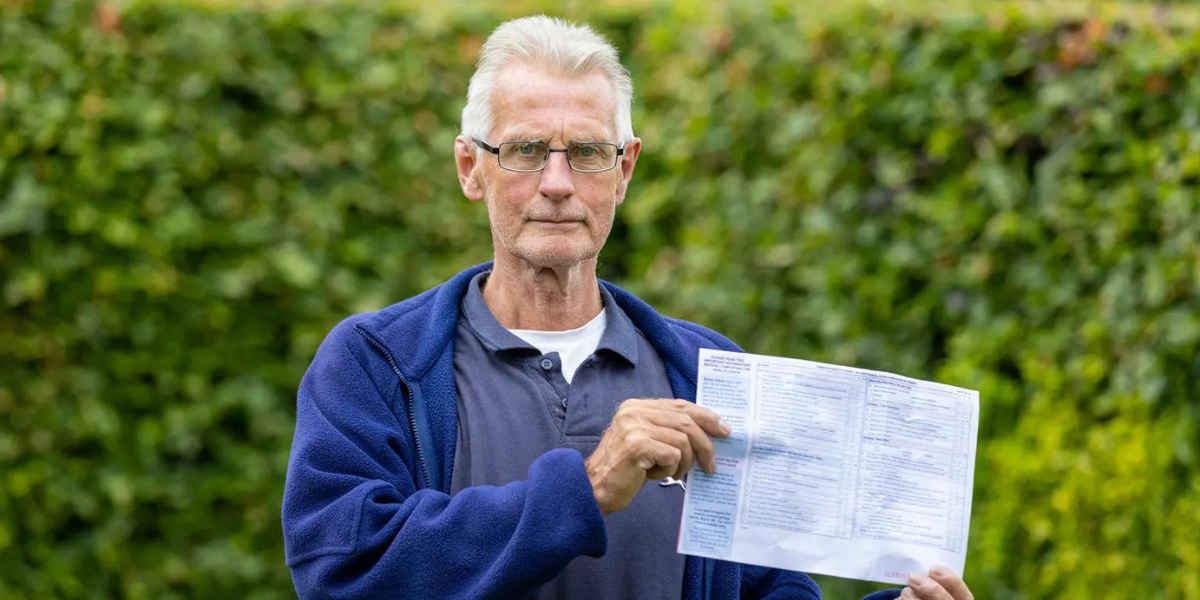 A Scottish man who regularly donates blood had his contribution denied after he refused to declare whether or not he was pregnant on a transgender ideology-inspired official form.

Leslie Sinclair, a 66-year-old father of two, had donated 125 pints of blood over the course of five decades before being turned down during a trip Wednesday amid a push for new donors.

Sinclair, of Stirling, central Scotland, was asked to fill out a form that asked if he was pregnant or had been pregnant in the previous six months, causing him to respond that the question did not apply to a guy in his late 60s.

The refusal, which is said to have sprung from a transgenderism-inspired campaign to “promote inclusiveness,” is simply the latest occurrence involving hardline trans ideology to make headlines in the UK and Ireland.

“I am angry because I have been giving blood since I was 18 and have regularly gone along,” Sinclair told the outlet Friday. “I’m very happy to do so without any problem.”

Sinclair told a staffer at the Albert Halls clinic in Stirling that being pregnant was “impossible,” but he quickly learnt that he needed to answer the question in order to give blood.

“It is nonsensical and it makes me angry because there are vulnerable people waiting for blood, including children, and in desperate need of help,” he continued.

“But they’ve been denied my blood because of the obligation to answer a question that can’t possibly be answered.”

“I told them that was stupid and that if I had to leave, I wouldn’t be back,” Sinclair said. “And that was it, I got on my bike and cycled away.”

In response to the incident, the head of Scotland’s blood donation programme emphasised that the decision was made out of “inclusiveness,” claiming that it is not always evident if someone is or is not pregnant.

“As a public body we take cognisance of changes in society around how such questions may be asked without discrimination and have a duty to promote inclusiveness — therefore all donors are now asked the same question,” organisation director Marc Turner said.

Sinclair’s strange encounter with Scotland’s blood service is merely the most recent example of trans-ideology wreaking havoc in the UK and Ireland, with significant stories breaking in both countries in recent weeks about radicals attempting to impose their will on the issue.

Recently, transgender rapists’ rights and safety are being prioritised over sexual assault victims, according to an analysis on the impact of transgenderism on the UK legal system.

According to the paper, the country’s jail system is endangering women by recognising biological males as women — even if and while they still have male genitalia — and even compelling fellow female inmates to use the males’ preferred pronouns under fear of their prison sentences being extended.