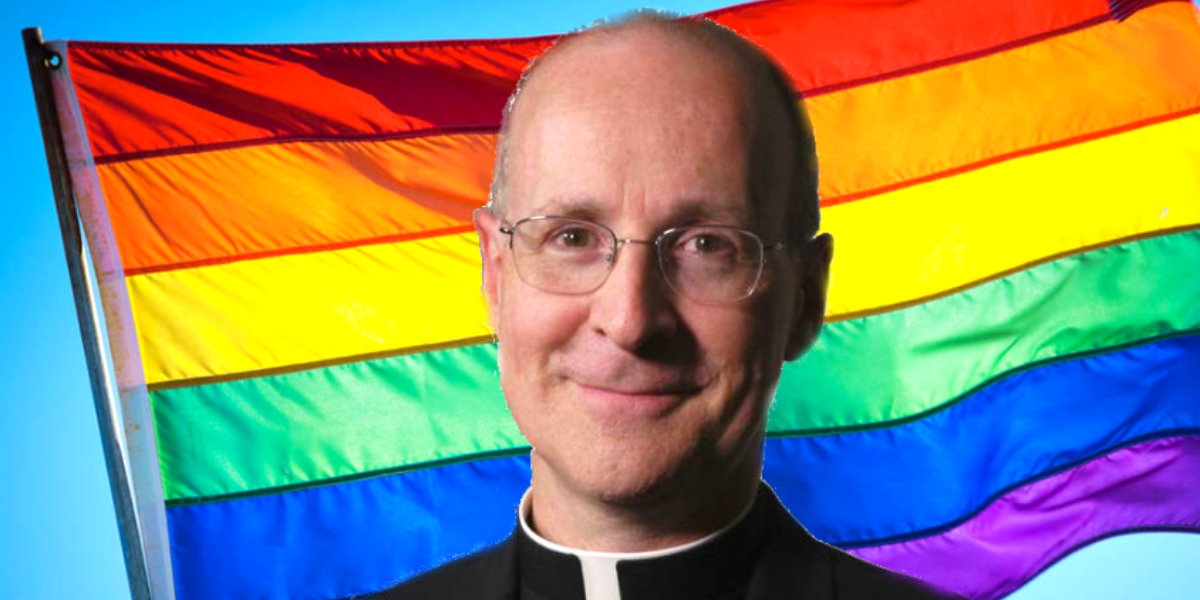 This Thursday, LGBT advocate Father James Martin, SJ announced that churches have a special responsibility to celebrate Gay Pride because much anti-gay violence is “motivated by religion.”

The Jesuit priest suggests that attending Pride events in June is one way to live out the Catholic Catechism’s call to treat homosexuals with respect through a video message posted on Twitter.

In response to the question, “Can Catholics celebrate Pride Month?”

“Yes,” Father Martin since Gay Pride is “a celebration of the human dignity of a group of people who have been treated like dirt for so long.”

“It’s especially important for churches to celebrate Pride, since a great deal of the rejection and even violence that the LGBTQ community has faced has been motivated by religion, or at least what people think religion teaches,” the priest asserts.

“The Catechism of the Catholic Church asks us to treat LGBTQ people with respect, compassion, and sensitivity,” he notes. “And participating in Pride events, or at least supporting our LGBTQ friends is one way to do this.”

Celebrating Pride “doesn’t mean you have to agree with what every video, every article, or even every float in a parade has to say,” he cautions. “It’s more about supporting the fundamental human rights of this community: the right to live in safety, the right to be treated as equals, and the right to be fully welcomed in the society.”

God wants gay people “to accept who they are,” the priest declares, and thus believers should also celebrate homosexuality.

“So Happy Pride!” he concludes.