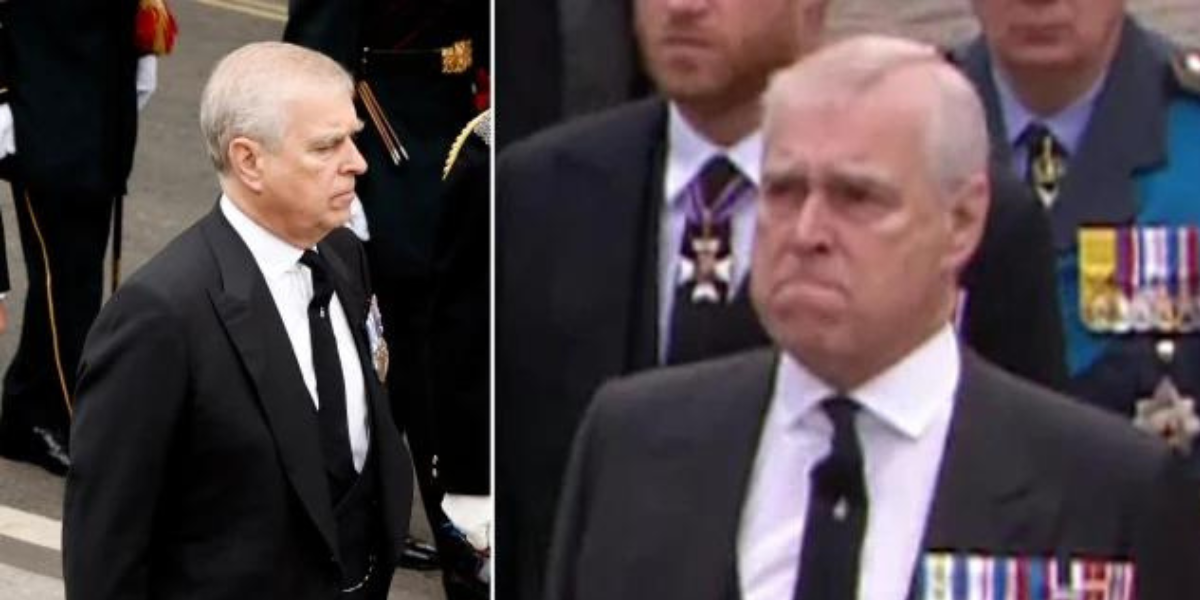 Prince Andrew burst into tears as he entered Westminster Abbey behind the Queen’s coffin.

As Her Majesty was led into the Abbey ahead of her funeral, the disgraced Duke of York appeared to be struggling to keep it together.

Prince Andrew was a member of the procession that led the Queen from Westminster Hall to Westminster Abbey.

When he arrived at Westminster Abbey, he appeared overcome with emotion and struggled to hold back tears.

Andrew appeared to bite his lip as he marched alongside his siblings and in front of Prince Harry, his gaze fixed on the Queen’s coffin.

As the cortege approached the Abbey, the Duke wore his military medals on his chest.

It comes after he paid tribute to his mother yesterday, saying, ‘Dear Mummy, Mother, Your Majesty, three in one.’

‘Your Majesty, it has been an honour and a privilege to serve you.

‘Mother – of the nation, your devotion and personal service to our nation is unique and singular; your people show their love and respect in so many different ways and I know you are looking on honouring their respect.

‘Mummy, your love for a son, your compassion, your care, your confidence I will treasure forever.

“I have found your knowledge and wisdom infinite, with no boundary or containment.’

He and Prince Harry, Duke of Sussex, both wore civilian clothes to the funeral after being stripped of many military titles.