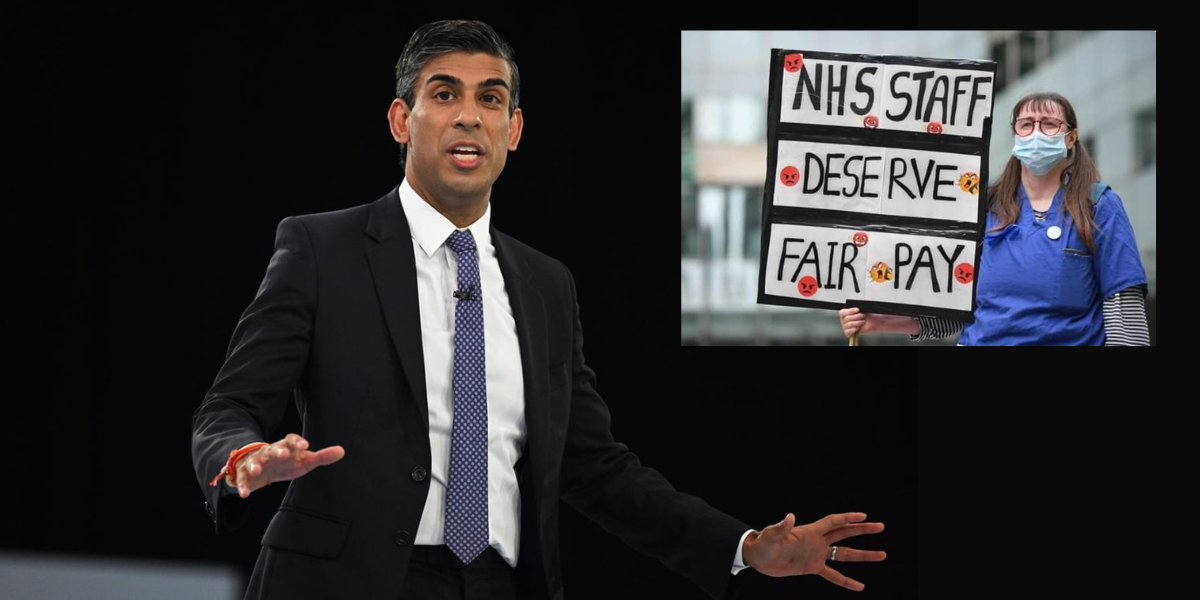 The 17% pay increase sought by a nursing union that has voted to strike is “unaffordable,” according to Rishi Sunak.

Nurses in the Royal College of Nursing (RCN) union have voted to strike for the first time in the union’s 106-year history.

RCN members will be present in more than half of hospitals and community teams as part of the action, but emergency care will continue to be provided.

The prime minister stated that the health secretary would meet with union representatives to “see how we can resolve this.”

Mr Sunak told reporters after a meeting of the British-Irish Council in Blackpool that he shared “everyone’s respect and gratitude for our nurses.”

But he added: “Where we are now is that the unions are asking for a 17% pay rise – and I think most people watching will recognise that clearly that’s not affordable”.

He stated that the government’s pay offer was consistent with the recommendations made by the independent NHS Pay Review body in July.

The strike vote follows a pay dispute in which the government offered a below-inflation average increase of 4.75% for nurses in England and Wales next year.

During a ballot held on Wednesday, nurses from all services in Scotland and Northern Ireland voted for action. All but one health board in Wales did.

In England, nearly half of NHS trusts had insufficient turnout to allow for strike action.

Scotland has offered a flat rate of slightly more than £2,200, implying that a newly qualified nurse would earn approximately 8% more.

Because there is no functioning government in Northern Ireland, nurses have yet to receive a pay award.

It comes as the government looks for ways to cut spending ahead of the autumn statement, which is expected to include tax increases.