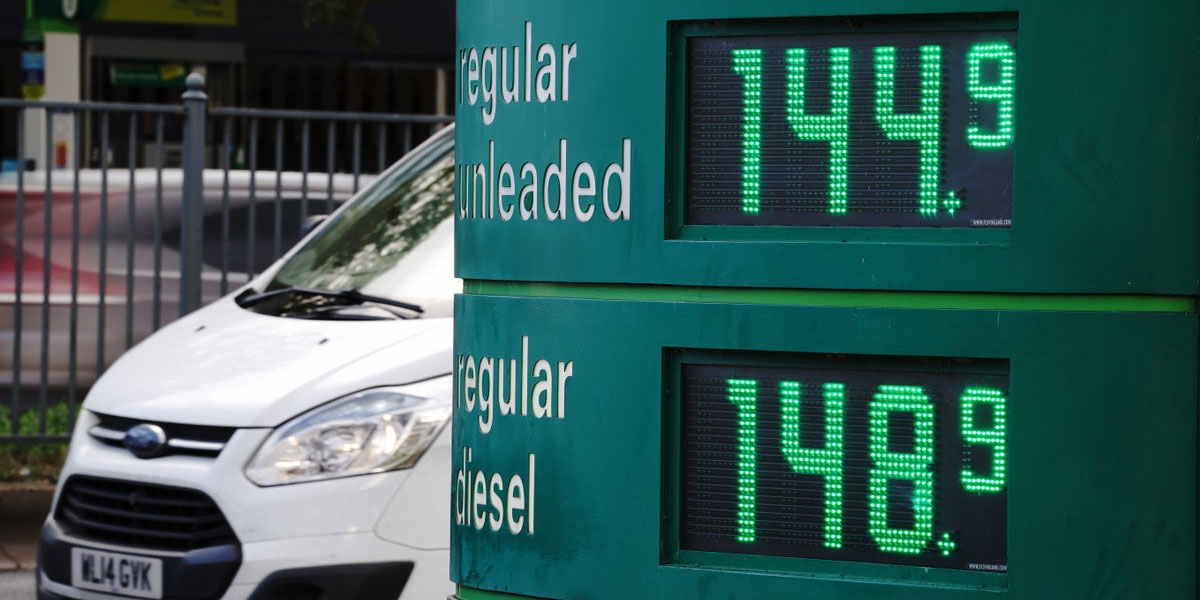 Britain’s Automobile Association (AA) has revealed that average fuel prices over the weekend had hit new highs, with petrol on sale at 148.02 pence a litre and diesel at 151.57 pence. These are new historic highs, nudging out the previous high at the end of last year.

The continued rise in the price of petrol is being driven by stronger demand as the economy re-opens after years of lockdowns imposed by national governments and the state of relations with Russia. Oil is trading at a high not seen for several years.

While prices are impacted by global events like coronavirus and Moscow, the biggest upward pressure on fuel prices in the UK is taxes.

Fuel is hit by two separate taxes in the United Kingdom: fuel duty and VAT. Duty is a flat rate of 58 pence per litre no matter how much the fuel costs, with a 20% VAT then charged on the full amount of the cost-price of the fuel and the duty added. The double-whammy of tax — with duty taxed twice — means there’s an effective minimum price imposed on petrol and diesel by the government, and the lower the pump price, the higher the proportion of the consumer’s spend goes to the taxman.

With prices almost at 150 pence a litre, taxes account for about half of the price of the fuel. But should prices drop to 100 pence a litre— as it did during the early days of the Coronavirus lockdown when fewer people driving led to cut prices — then that £1 a litre spent sees an incredible 75% of the spend going to the government.

RELATED ARTICLE
NEW Proposal: BBC Tax to Be Paid By Every British Household, Including Those Who Don’t Have TVs