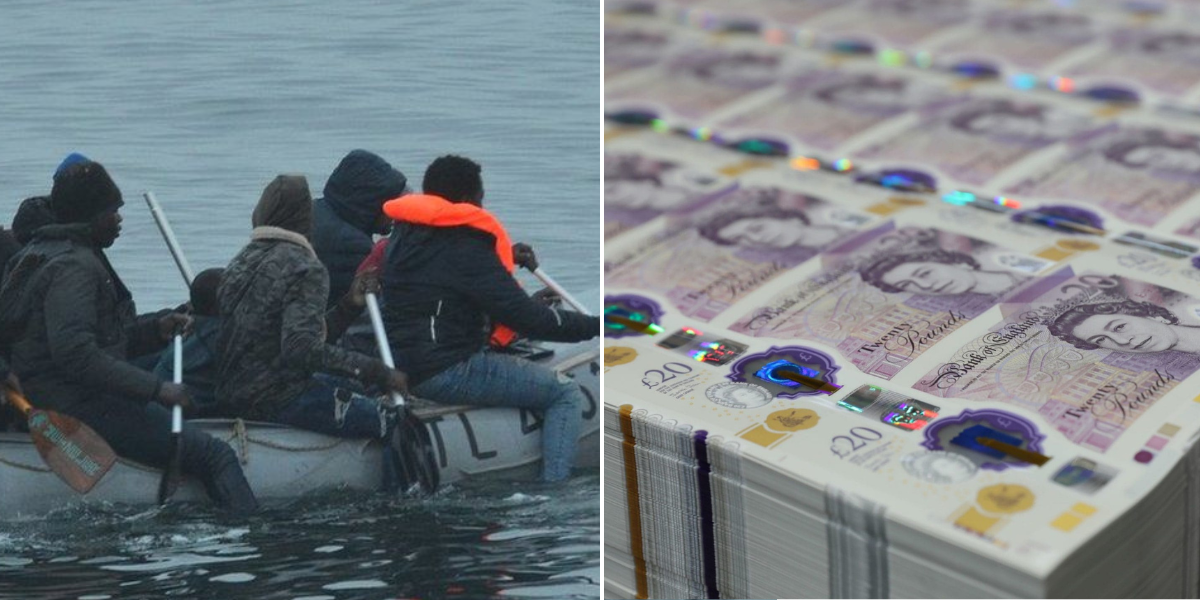 As arrival numbers continue to break records, an Albanian people smuggler known as the “Golden Lion” is said to make around a million pounds per week profiting from migrants looking to cross the English Channel from northern France to the United Kingdom.

An undercover investigation into people smuggling across the English Channel has allegedly revealed a major player in the people smuggling business from Albania, who assists migrants in illegally crossing into the UK aboard rubber dinghies.

The smuggler, known as “the Golden Lion,” told undercover reporters that he could get them into the UK for around £4,500 ($4,800) per person.

According to the Daily Mail, the Albanian, who was secretly filmed, explained that once migrants cross the Channel, British authorities will find them and care for them, providing them with shelter, food, and other supplies.

The paper, in collaboration with Albanian broadcaster ABC, discovered that much of the illegal smuggling activity took place near the main railway station in the northern French city of Dunkirk, with the “Golden Lion” conducting his business at the Le Lion d’Or hotel, which also gave rise to his nickname.

According to the undercover journalists, the Albanian looks for potential migrant clients in Place de la Gare and then drives them to his hotel to conduct business.

The “Golden Lion,” who is said to earn up to a million pounds per week, requests that his associate in the UK be paid rather than him in France, and despite being arrested shortly after speaking with the undercover reporters, he was released the next day, saying, “They can’t do anything because I have the documents to stay here.”