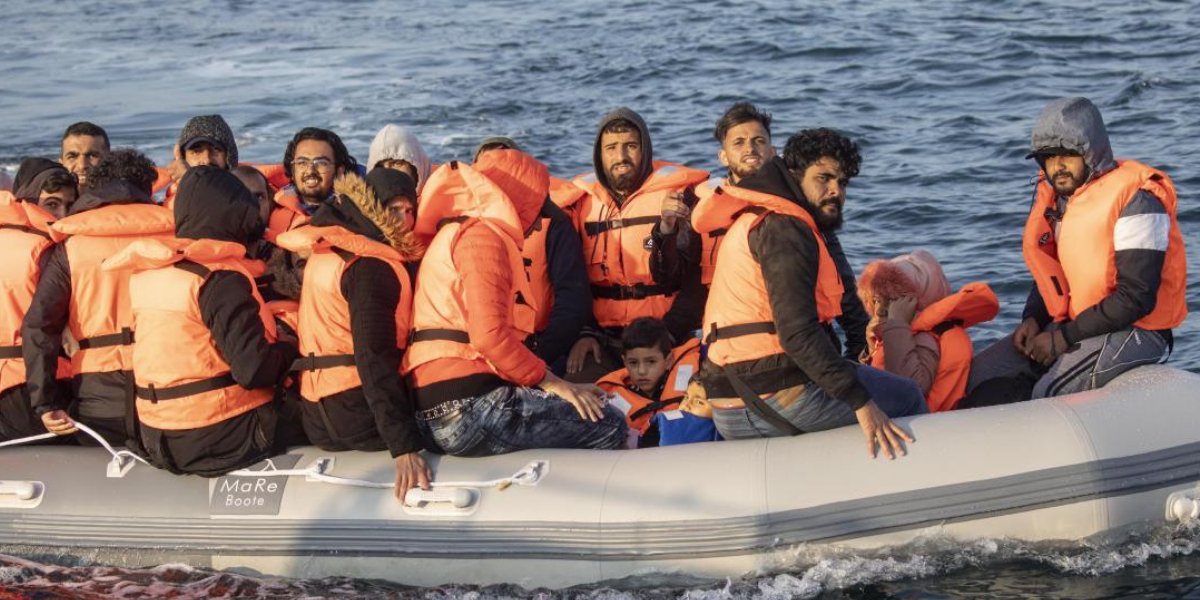 The number of illegal boat migrants who have arrived in Britain has surpassed 10,000 since the beginning of the year, setting yet another record.

Over 10,000 illegal aliens have landed on British beaches since the beginning of the year, nearly equaling the total number of illegals crossing the English Channel in 2019 and 2020 combined.

The source noted that around 4,200 had landed at this time last year, with the 10,000 mark not being reached until August.

The furious rate at which boats leave French beaches is on track to meet internal Home Office projections, which warned that 65,000 could reach the UK via the waterway by the end of the year. Others, including Brexit’s Nigel Farage, have predicted that up to 100,000 people could arrive in 2022.

The achievement comes ten days before the UK government has promised to send the first batch of illegals to Rwanda, a contentious scheme that the government hopes will serve as a deterrent to future illegal attempts to enter the country.

So far, the government has informed approximately 100 boat migrants that they will be flown to asylum processing centres in the East African nation.

However, it remains to be seen whether the Rwanda plan will be implemented, with leftist charities, unions, and activist lawyers filing legal challenges to prevent the deportation flights from taking place.

As the first planeload arrives, there have been a number of stories in the mainstream media about migrants threatening suicide because they fear being deported to Rwanda.