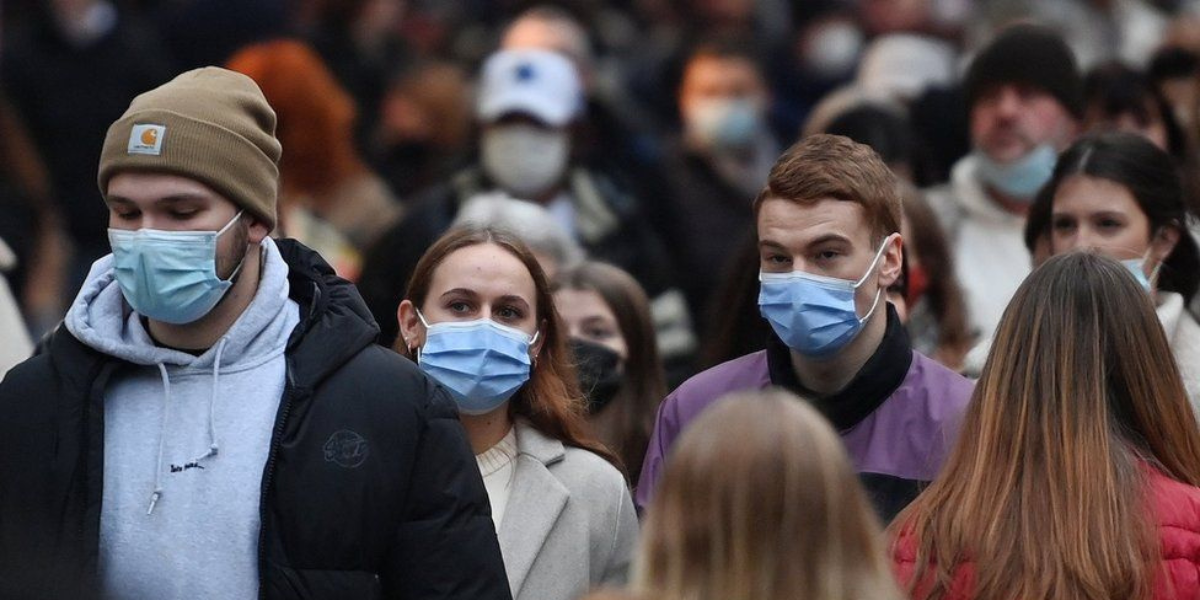 Downing Street confirmed today that it is monitoring the two Omicron variant spin-offs responsible for the recent increase in Covid infections.

Covid cases in England have nearly doubled in a fortnight, with over 1,000 virus-infected patients admitted each day. The spread of BA.4 and BA.5, which are thought to be more infectious but just as mild as the original Omicron strain, has fueled the outbreak.

‘The latest data suggests these are now the dominant strains in the UK. But, so far, vaccination means those rising cases haven’t translated into a rise of severe illness or death with no increase in ICU admissions,’ the No10 spokesman said.

They added: ‘The key thing for us is vaccination has meant the rise in cases is not translating into ICU admissions and deaths. But we’ve always been clear Covid hasn’t gone away, which is why we have always continued to urge people to come forward and receive vaccinations when they were due them.

According to the most recent data from the Office for National Statistics (ONS), 1.36 million people in England were infected during the week ending June 18. This is 70% more than the 797,000 people who were thought to have the virus at the beginning of June.

The dominant strains are now BA.4 and BA.5, with BA.5 thought to be the most infectious version of the virus ever. Nothing indicates that they cause more severe illness than the original Omicron, which is a milder strain.

According to the UKHSA, BA.4 and BA.5 account for approximately 22% and 39% of cases, respectively. Its recent research also shows that BA.5 is growing 35% faster than the formerly dominant Omicron BA.2, while BA.4 is growing approximately 19% faster.

Meanwhile, according to the most recent ONS data, roughly one in every 40 people in England had Covid in the week ending June 18, amounting to 2.5% of the population. After free testing was discontinued in the spring, the weekly infection survey is now considered the best barometer of the outbreak.

The data, based on swabs taken from thousands of Britons, show that cases were increasing across England, with the exception of the North East and South East, where the trend was uncertain.

Boris Johnson’s official spokesman stated that the situation is being monitored very closely, with early indications that hospitalisations are also on the rise. He insisted that the government was not considering imposing additional restrictions at this time and would stick to its ‘living with Covid’ strategy.

RELATED ARTICLE
Brexiteers have the right to feel BETRAYED by the Conservatives, says Farage in Brexit anniversary speech