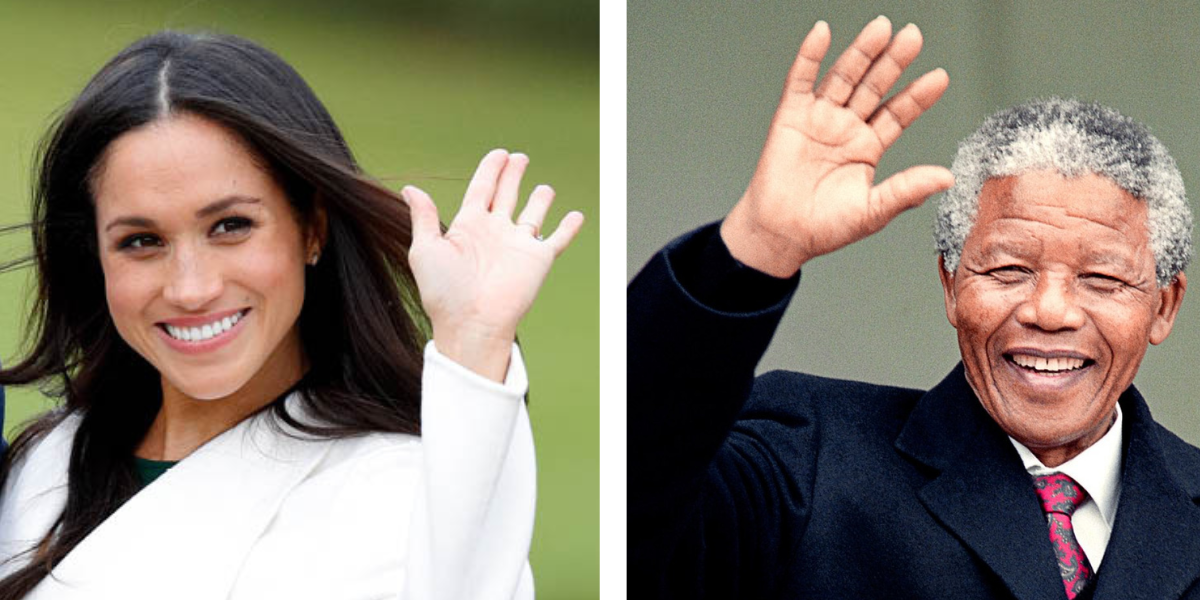 Meghan Markle has sparked new controversy after comparing her wedding to Prince Harry to the release of civil rights leader Nelson Mandela from prison.

Meghan, Duchess of Sussex, has been causing havoc in the media since the delayed launch of her Archetypes podcast, even threatening to “say anything” about the UK’s royals during a recent interview.

In the same interview with The Cut, Meghan drew parallels between her marriage to Prince Harry and the release of anti-apartheid leader Nelson Mandela, claiming that one South African actor told her that the celebrations in his country were similar.

“He said, ‘I just need you to know: When you married into this family, we rejoiced in the streets the same we did when Mandela was freed from prison,” the actress reportedly claimed.

However, the comparison has drawn the fire of critics, with the African leader’s grandson, Zwelivelile ‘Mandla’ Mandela, reportedly expressing surprise at the actress for linking the two events.

“[Nelson Mandela’s] celebration was based on overcoming 350 years of colonialism with 60 years of a brutal apartheid regime in South Africa,” he said. “So It cannot be equated to as the same.”

“Every day there are people who want to be Nelson Mandela, either comparing themselves with him or wanting to emulate him,” he continued.

“But before people can regard themselves as Nelson Mandelas, they should be looking into the work that he did and be able to be champions and advocates of the work that he himself championed.”

Moreover, Meghan implied that she was willing to “say anything” about her time with the British royal family, boasting that she had never signed any agreement barring her from speaking out about any insider information or scandal.

“I’ve never had to sign anything that restricts me from talking,” she said. “I can talk about my whole experience and make a choice not to.”