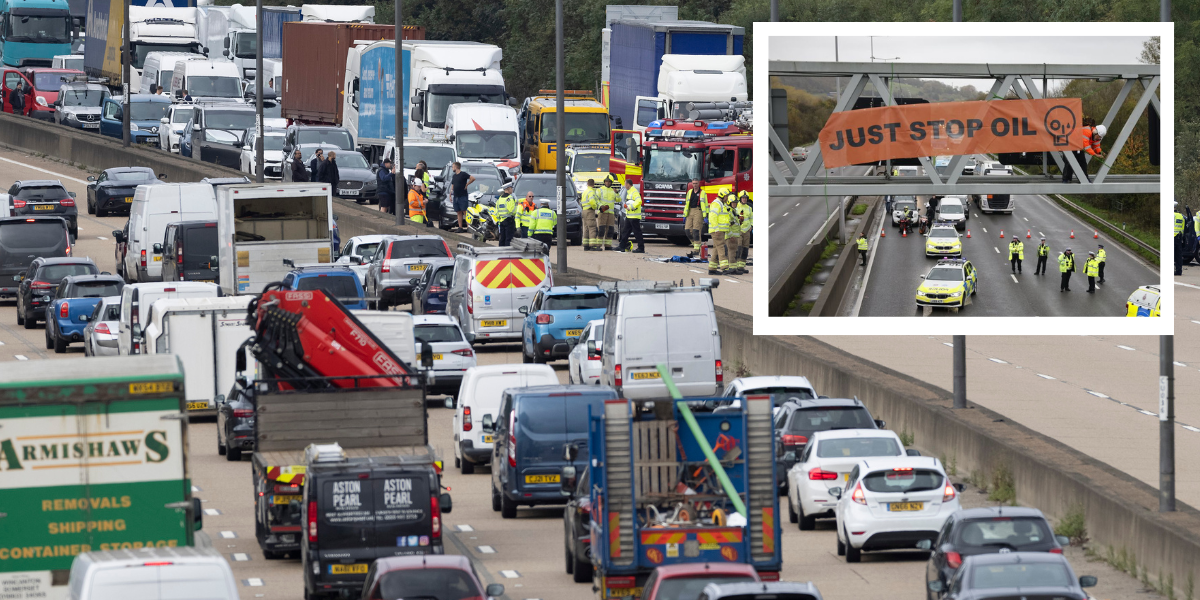 Just Stop Oil protesters climbed onto the motorway gantries at several junctions on the M25 this morning, causing chaos. Surrey Police are on the scene and are investigating the incidents. Several sections of the highway have been closed to traffic, and long delays have been reported.

According to Surrey Police, traffic was stopped in both directions of the highway “for the safety of everyone.”

Surrey Police reported one protester who climbed the gantry between junctions six and seven at 7:40 a.m. today.

“Officers are on the scene and currently dealing with one protester who has climbed onto the motorway gantry at junction 6 towards 7 of the M25 this morning (7 November); traffic is still moving at this time,” they said on Twitter.

They added in a later update shortly after 8 a.m. that more protesters had climbed onto gantries near junctions 8-9, 13-12 southbound, and 13-14 northbound.

While protester removal teams are on the scene, police are urging motorists to avoid the area if possible.

A protester was removed from the gantry between junctions six and seven at 8:40 a.m., and traffic resumed.

More demonstrators remain on other gantries across the highway.

Protesters with Just Stop Oil are demanding that the government halt all new oil and gas consents and licences.

Louise, 24, said in a video taken from a protest, “I’m here because I don’t have a future.” You may despise me for doing this, but I wish you would channel your rage and hatred toward our government. They are betraying young people like me — if they did their job, I wouldn’t be here.”

Several sections of the M25 were congested as of 9 a.m.