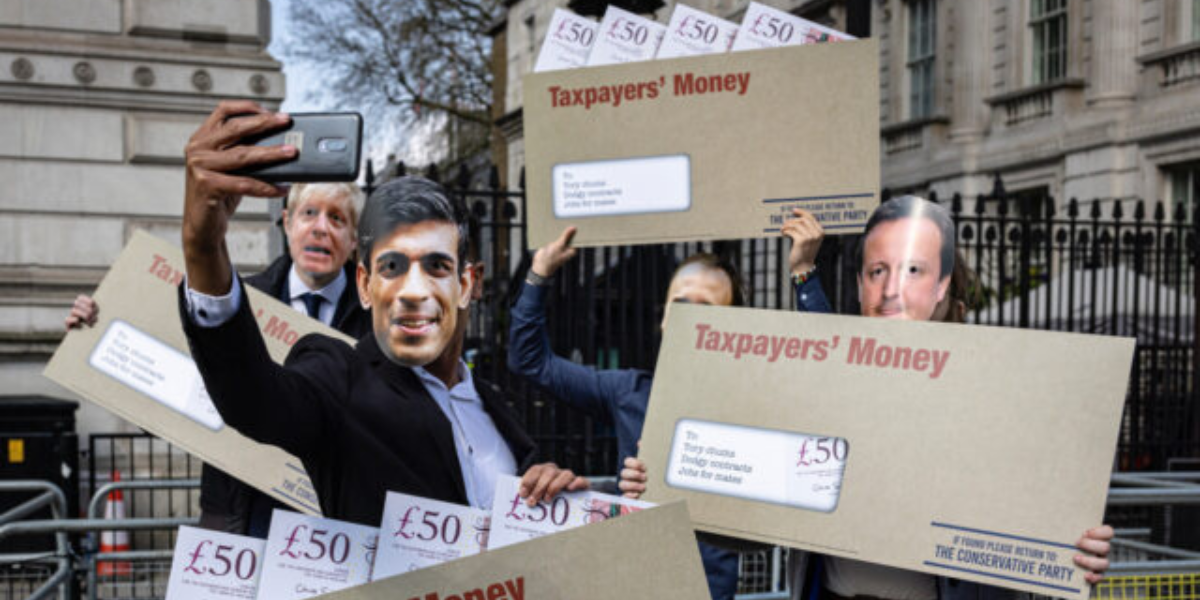 According to a British newspaper investigation, the Conservative government squandered at least £14 billion on frivolous expenditures such as luxury villas in Italy, vegan ice cream, and massive levels of fraud during the Chinese coronavirus crisis.

Based on a Daily Telegraph investigation, financial disclosures since the beginning of the year revealed at least £14 billion in waste, as the finance minister announced that the nominally conservative government would raise taxes by £24 billion.

Items identified as waste included a villa in Naples for £6,000, Vegan ice cream in Uruguay for £837, a ‘storytelling training’ session with a narrative ecologist for £5,393, and children’s swimming lessons in Panama for £3,376.

Former Business Minister Jacob Rees-Mogg called the frivolous spending of taxpayer funds “shameful,” saying, “You cannot reasonably ask taxpayers for money that you then waste… you need to set your budgets on the assumption that money will be spent efficiently, and thus you need to raise a lower level of taxation.”

The vast majority of waste identified by the paper occurred during the Chinese coronavirus crisis, with an estimated £10 billion being handed out to people who made false claims in order to benefit from the numerous government handout schemes intended to support businesses and workers who were ordered to stay home.

The National Audit Office admitted that the government took “inadequate” steps to prevent taxpayer money from being lost in this manner.

According to the investigation, the Department of Health and Social Care spent over £4 billion on PPE, with £2.6 billion deemed unusable, £670 million deemed defective, and £750 million spent on surplus stock.

Responding to the waste, the chairwoman of the Public Accounts Committee, Dame Meg Hillier said: “Every pound of taxpayers’ money wasted is a pound that’s not spent either on public and public services or on tax cuts. And that actually does hit the taxpayer in the pocket.”

The leaks came as Chancellor Jeremy Hunt announced £55 billion in tax increases and spending cuts on Thursday to plug the so-called “black hole” in the public finances, which was caused largely by the government’s decision to shut down the economy during the Wuhan virus.

The tax increases, which come on top of the £32 billion in hikes announced in October, mean that Britons will face the highest tax burden since World War II, even though the economy is likely to be in recession.