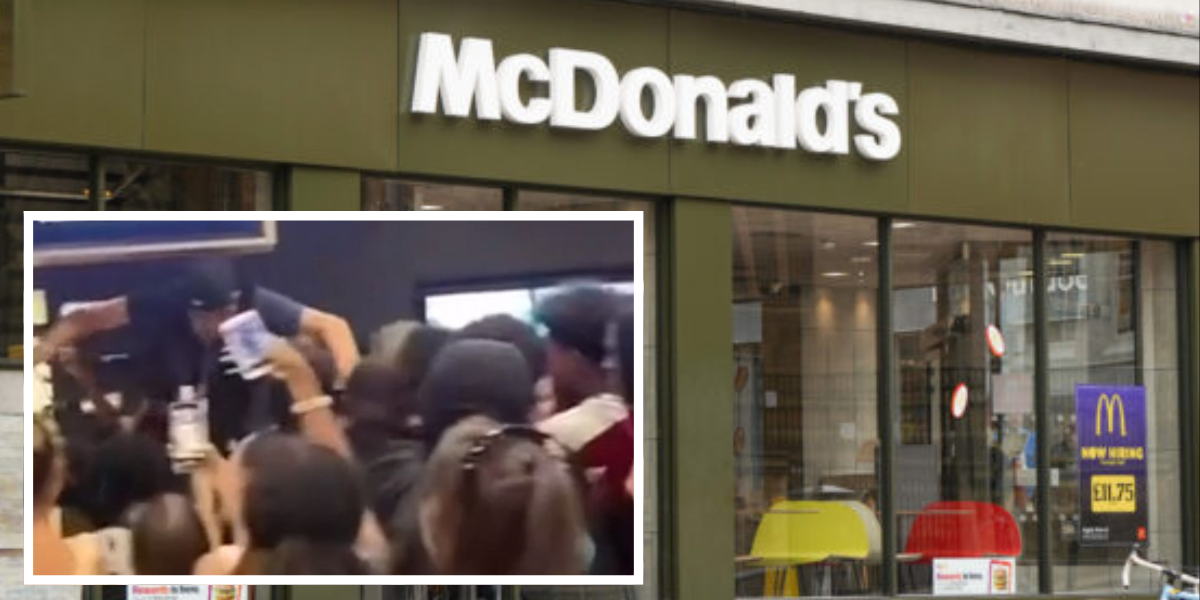 In the most recent youth looting mob action in England, a group of about 50 people ransacked a McDonald’s in Nottingham’s city centre. The youngsters were seen jumping over the counter and stealing food and beverages from the fast food restaurant in a social media footage.

According to the police, the footage appears to have been filmed by members of the gang of youths themselves, possibly to brag about their exploits. A group of about 20 people remained inside the restaurant, threatening and abusing employees.

Several jump atop the counter while others hold their middle fingers up to the staff and scream “f*** you”.

Multiple members of the flash mob hold their phones up as they film the ordeal for social media.

So far, no arrests have been made in connection with the incident.

“We are treating this incident very seriously,” said Nottinghamshire Police.

“It is completely unacceptable. Although no arrests have been made, we will be working with the Clumber Street McDonald’s and conducting CCTV investigations to find those responsible.”

Another gang of youths looted American candy stores and other shops in a popular shopping area of central London just a week ago.

Social media footage showed the group storming into stores, stealing candy, and jumping on a supercar on Oxford Street.

In general, the UK capital is experiencing a crime wave, with lawlessness spreading throughout the city. Last week in London, there were six homicides, one of which saw an 87-year-old man stabbed to death on his mobility scooter.

London Mayor Sadiq Khan, who has faced criticism for being soft on crime since taking office, has attempted to shift blame for the crime wave, citing hot weather and the cost of living crisis as justifications for the deadly scenes witnessed in his city.