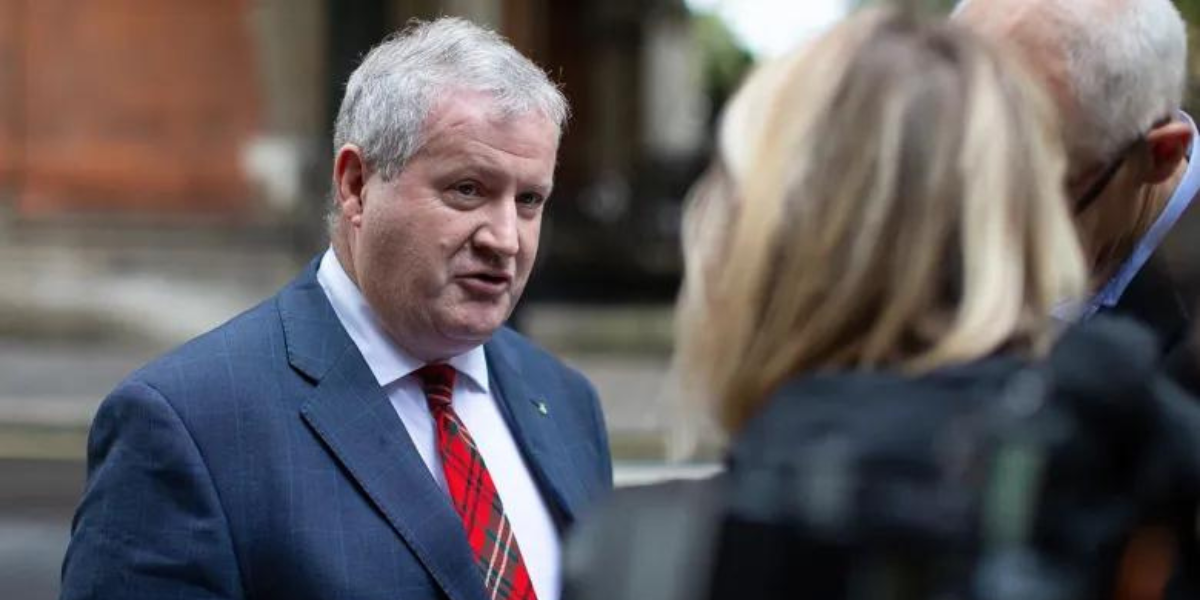 Ian Blackford is stepping down as SNP leader at Westminster, dealing a major blow to Nicola Sturgeon.

Mr Blackford said in a statement released on Thursday that he informed MP colleagues that he would not be continuing in the position he has held for the past five years.

Mr Blackford stated in the run-up to the next general election, which the SNP intends to run as a de facto referendum, that “now is the time for fresh leadership.”

He has stated that he will continue to serve as MP for Ross, Skye, and Lochaber.

Mr Blackford said: “During my time as leader, the SNP won a landslide victory in the 2019 general election, with an increased share of the vote and MPs, and support for independence has continued to grow with polling this week showing a majority in favour.

“While I am stepping down as Westminster leader, I will continue in my role as the MP for Ross, Skye and Lochaber, and I have also accepted a new role at the centre of the SNP’s independence campaign, leading on business engagement.

“I would like to thank our MPs and staff for all their support over the past five years.

Mr Blackford told the Scotsman last week that he “looked forward” to running for re-election as the party’s Westminster leader, adding that he hoped to be “the MP who leads the SNP group out of Westminster for the last time.”

The decision comes just a week after fellow SNP MP Stephen Flynn denied reports that he was considering challenging Mr Blackford for the top job.

According to the Telegraph, Ms Sturgeon intervened two weeks ago to prevent the coup, but MPs are said to be dissatisfied with her plan to use the next general election as a de facto referendum on independence.

Meanwhile, Scottish Conservative Chairman Craig Hoy MSP, said: “Ian Blackford has jumped before he was pushed. His resignation is a total humiliation for Nicola Sturgeon.

“The SNP Westminster group are clearly in a state of disarray and Nicola Sturgeon is rapidly losing her grip over her party.”