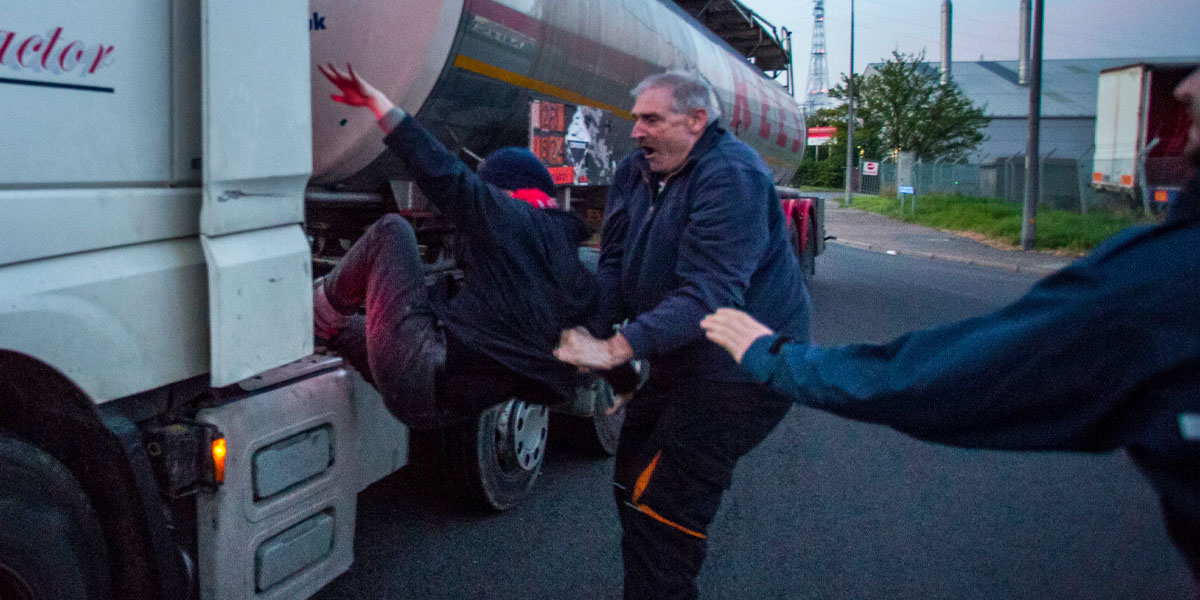 Activists who have infiltrated an oil plant near Birmingham have vowed ‘we’ll be here as long as we can’ after climbing on top of the facility as part of a series of dawn protests.

Eco-terrorists from Just Stop Oil have managed to climb on top of a loading bay at Kingsbury Terminal in Warwickshire after gaining access to the facility in the early hours of this morning.

Members of the group – who aim to put pressure on the Government to block new oil and gas projects in the UK – have also climbed on top of an oil tanker at Gray’s Terminal in Essex and have targeted the nearby Navigator Terminal in Thurrock.

In a video, posted on the Just Stop Oil Twitter account, one activist said: ‘In the early hours of this morning seven of us climbed up in amongst the pipes of the loading bay, blocking the terminal.

‘We intend to stay here as long as we can, or until the Government decides to stop all new oil and gas projects.’

It comes as tempers today flared between lorry drivers and activists at one protest, with one haulier seen appearing to yank an activist off a tanker.

Dramatic pictures show the moment an activist hits the concrete after appearing to be grabbed by the irate lorry driver and falling 3ft backwards during a protest outside the Grays Inter Terminals in Essex this morning.