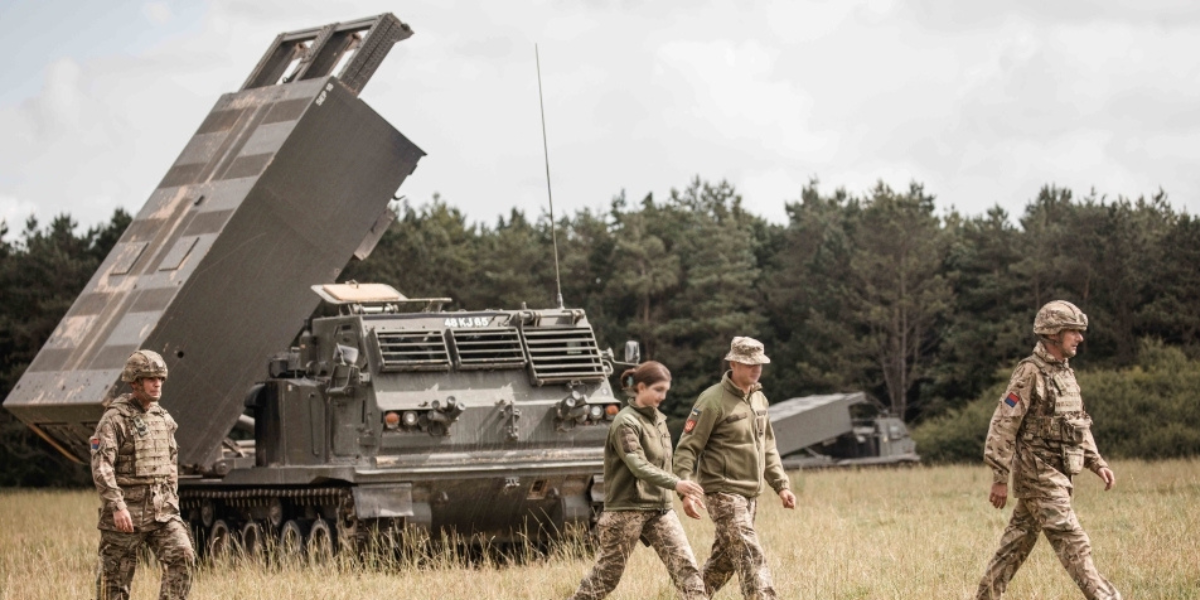 According to the Defence Secretary, the UK would supply Ukraine more weapons to aid in its defence against a Russian invasion.

In order to fight against Russian heavy artillery, Ben Wallace revealed that more multiple-launch rocket systems (MLRS) and precision guided M31A1 missiles with a range of up to 50 miles will be delivered to the country in eastern Europe.

Mr Wallace said: “This latest tranche of military support will enable the armed forces of Ukraine to continue to defend against Russian aggression and the indiscriminate use of long-range artillery.

“Our continued support sends a very clear message: Britain and the international community remain opposed to this illegal war and will stand shoulder-to-shoulder, providing defensive military aid to Ukraine to help them defend against Putin’s invasion.”

The deployment of the launchers has been taught to Ukrainian troops in the UK, and 10,000 Ukrainian soldiers will receive infantry warfare training from the UK in the upcoming months.

The NLAW anti-tank missile launcher, which was regarded as crucial in the early defence against Moscow’s invasion, was one of many pieces of weaponry that the UK has earlier given to Ukraine.

Mr Wallace said on Wednesday that the explosions at a Russian air base in Crimea were not caused by “someone dropping a cigarette,” dismissing Moscow’s “excuses” for the blasts.

It came amid speculation that the massive fireballs that killed one and injured several others were the result of a Ukrainian attack.

He also believes that any “manual of war” would consider the Crimean peninsula, which Moscow annexed in 2014, a “legitimate target” for Ukraine to strike.