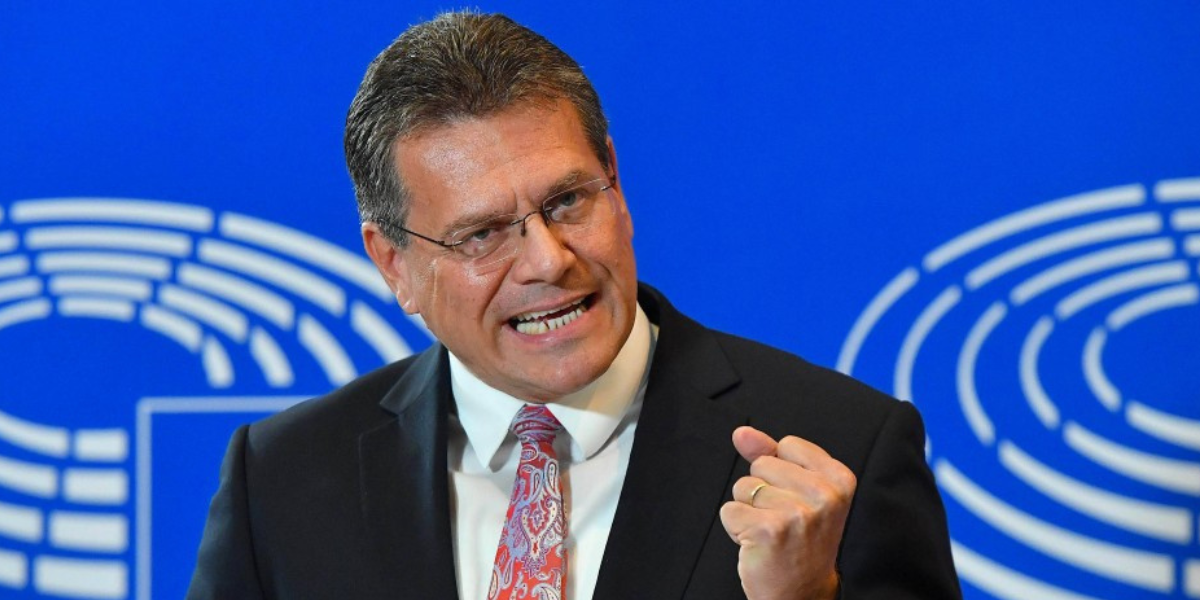 The European Commission has warned that granting any concessions to the new Tory leader over the Northern Ireland Protocol will result in a backlash from EU countries.

France and Germany are increasing pressure on Brussels to take the harshest possible stance with the next Tory leader on the Northern Ireland Protocol. Their steadfast stance limits Maros Sefcovic’s options as the EU’s chief negotiator, raising the prospect of a trade war escalating in the coming months.

The Northern Ireland Protocol bill is allegedly illegal, and Brussels has threatened to sue and levy import taxes on vital UK exports as a result.

France and Germany have privately urged the commission not to make any concessions when the new Prime Minister is chosen. They have warned against reducing the current level of red tape because it could create a backdoor for British-made products to enter their markets.

The two capitals have informed the commission that there is a possibility that continental member states will retaliate against the Republic of Ireland by erecting trade barriers.

Others in the EU believe Germany has hardened its stance on Northern Ireland in order to deflect attention away from internal criticism of its handling of the Ukraine conflict.

France has consistently supported the most aggressive stance toward the United Kingdom, and Emmanuel Macron believes that Brexit must be seen as a disaster.

According to senior EU sources, the bloc would like to relaunch talks with a new face rather than Liz Truss, who has been leading the negotiations.

The Foreign Secretary has taken the most stringent stance on the protocol of any of the PM candidates. He is one of the front-runners in the race for No. 10.

Ms Truss initially took a conciliatory stance after replacing the aggressive Lord Frost as the UK’s senior negotiator at the end of last year.

However, she has dramatically hardened her stance in recent months, and she has grown increasingly frustrated with the impasse in the negotiations.

Insiders in the EU believe she changed her welcoming demeanour on purpose after it became clear that Boris Johnson would be removed due to partygate.

According to Brussels negotiators, the UK’s position will not change because they believe all candidates will appease Euroskeptic Tory MPs.

“Of course we’re not expecting the UK’s approach to the protocol to change overnight,” an EU diplomat said.

Some, however, are banking on the new prime minister’s desire to solve the problem and claim victory before the next general election.