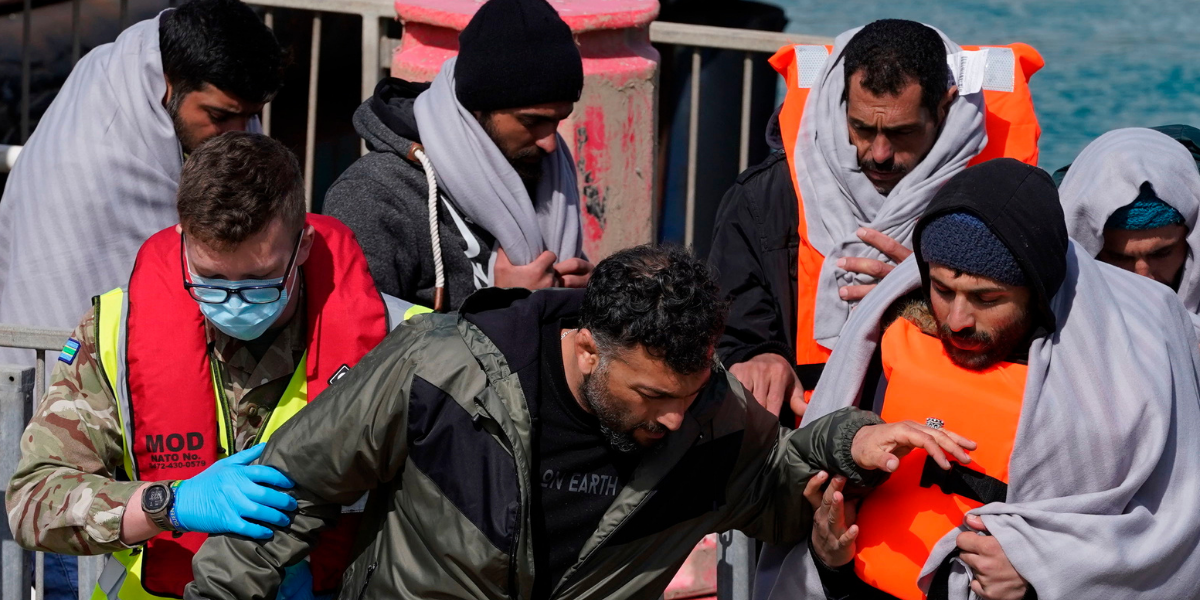 According to the Home Office, the first flight to Rwanda carrying asylum seekers denied entry to the UK would depart next month.

Officials have begun serving final notice to the first set of persons who will be deported to the east African country under the contentious new deportation process, which campaigners have called “irrational” and “unlawful.”

The Home Office is said to have alerted hundreds of people in May that they were being considered for deportation and is now issuing Removal Direction notifications. Officials from the ministry said they were working to ensure that people were provided “necessary support” before they left.

More than a dozen Syrian refugees have been notified they would be deported, according to the Joint Council for the Welfare of Immigrants.

The first trip is scheduled for June 14, though it is uncertain whether all individuals who received notices would be able to travel. Removal notices are the final administrative hurdle before deportation, but they can be challenged in court by those who receive them.

“While we know attempts will now be made to frustrate the process and delay removals, I will not be deterred and remain fully committed to delivering what the British public expect,” the home secretary, Priti Patel said.

Several organisations threatening to take the Home Office to court over the removal policy. Sonya Sceats, chief executive of Freedom from Torture, a charity that is challenging the policy in court, said: “Given serious legal questions still awaiting judicial scrutiny, this announcement looks like political grandstanding by a prime minister desperate to divert the public from speculation about his fitness to lead our country.

“We welcome the strong public support for our plans to challenge this neo-colonial ‘cash for humans’ scheme and ensure the UK is a safe place for people fleeing torture and persecution.”

Ms Patel revealed in April that she had reached an agreement with the Rwandan government on a “world-leading” scheme that would cost the UK £120 million upfront.

Asylum applicants will be sent to Rwanda to have their claims processed, and if successful, they will be allowed to reside there. Those who failed in their attempts will be given the opportunity to apply for visas through alternative immigration processes if they want to stay in Rwanda, but they may still be deported.

“Our world-leading partnership with Rwanda is a key part of our strategy to overhaul the broken asylum system and break the evil people smugglers’ business model,” Ms Patel said.

According to UNHRC authorities, there is no international legal obligation for refugees to seek asylum in the “first safe country they reach,” contrary to the government’s claims.

The Home Office also stated in the guidance that Rwanda is “a safe country to move people to,” despite an assessment conducted prior to the deal found “some concerns with its human rights record concerning political opposition to the current regime, dissent, and free speech.”