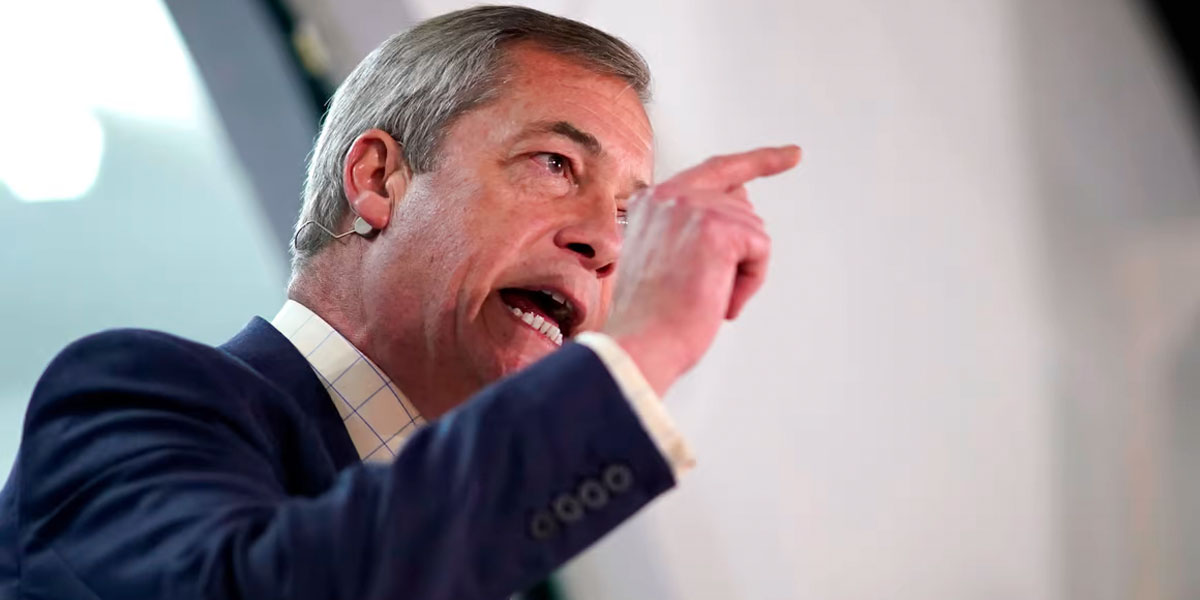 Mr Brexit, the populist firebrand, made the remarks during a Tuesday interview with Breitbart News, while also expressing confidence in French populist leader Marine Le Pen’s future prospects despite her loss to Emmanuel Macron in Sunday’s presidential election.

Nigel Farage was also quick to criticise the green agenda in the UK and elsewhere, claiming that western nations were committing “enormous acts of self-harm” in their futile efforts to reduce their carbon footprints.

Farage criticised Macron’s low-energy “status quo” policies and supporters in the aftermath of his close victory, “They know that they’ve won this, but that their situation is precarious.”

Farage stated in contrast that there was populist energy all around Europe and that upcoming suffering caused in part by globalist policies will reveal “authoritarian” globalist authority from places like Brussels as inadequate.

“I do genuinely think that the globalist project hasn’t delivered for people,” Farage said. “and if — as I suspect — there is quite an unpleasant downturn coming, then I think this project really will be exposed.”

“Take the UK as an example,” Farage began. “Boris Johnson will say: We’ve reduced CO2 emissions by 44 per cent since 1990, we’re leading the world. Hooray!”

“But… we now import 50 per cent of our gas — gas that could be created here — and we’ve exported jobs in steel manufacturing [and] in ship making,” he continued. “They’ve all gone to India, to China, to elsewhere.”

Farage continued, “Those goods then get manufactured in the far east under lower environmental standards than we would apply, and then the products get shipped back to us.”

“So the net CO2 output is in fact higher, but we’ve deluded ourselves that somehow we’re saving the world.”

Farage then went on to criticise Prime Minister Boris Johnson, claiming that Johnson had become a “full convert” to the green agenda despite the fact that his Conservative Party administration was not elected on that platform.

According to Farage, Johnson’s future is now looking bleak, with many in the UK viewing him as a liar who has mostly failed to contain the migrant issue over the English Channel.

“His premiership is in real trouble,” Farage noted. “People don’t see him as being truthful.”