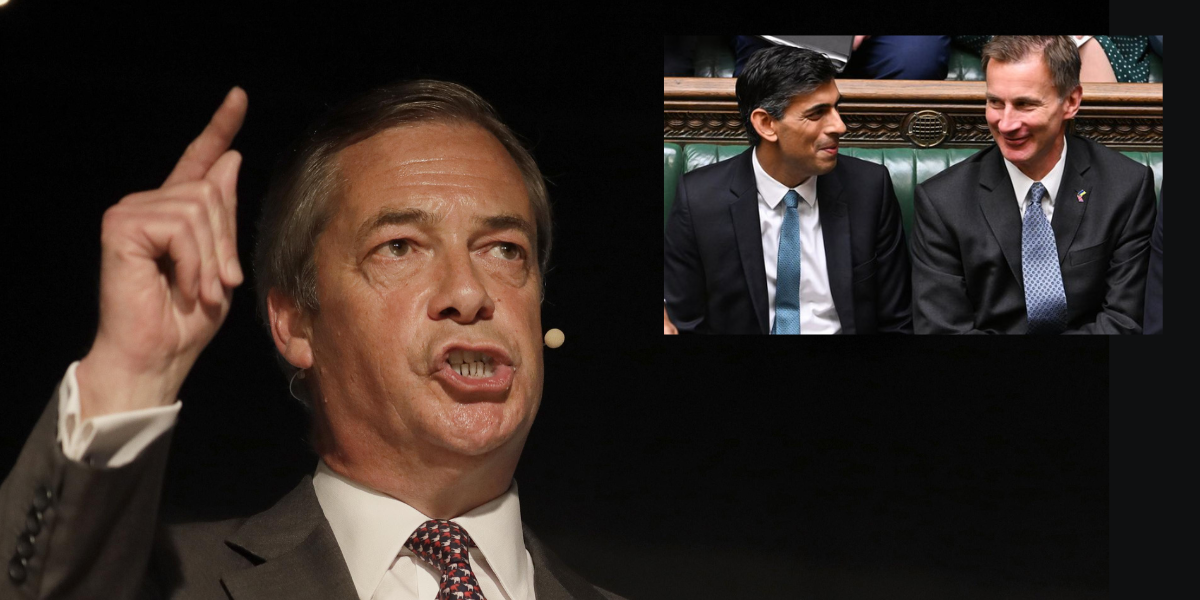 According to Nigel Farage, Prime Minister Rishi Sunak and Chancellor Jeremy Hunt have “declared war” on workers and small businesses with their tax-hiking autumn budget.

Sunak and Hunt, who were explicitly rejected for the Conservative leadership earlier this year and in 2019, respectively, but are now running the country anyway thanks to the support of parliamentary elites, have unveiled a punishing programme of tax hikes in the latter’s Autumn budget speech on Thursday — though money is still being found for questionable priorities such as green agenda spending.

Brexit supporter Nigel Farage slammed the pair’s agenda, as well as the country’s central bank, which he believes contributed to the economic crisis.

“Hunt tries to blame the Ukraine war for everything — it’s not true,” he continued, adding that his budget means “life is good” for pensioners, welfare recipients, and “layabouts,” but “pretty miserable” for “anybody who works.”

“If you want to start up a business, a small business, and if you’re a young entrepreneur, the message is clear: don’t do it in the United Kingdom. Go to Portugal, go to Italy, go elsewhere around Europe or the rest of the world where they actually want people who are prepared to take risks and set up business,” Farage said.

“They’ve cut the allowances for capital gain tax, the levels at which people start to pay dividend tax, corporation tax is going up 30 per cent [from 19 per cent to 25 per cent] — I mean, you can’t even believe these numbers,” he lamented.

RELATED ARTICLE
Open the Gates: Sunak to Launch ‘Growth Visa’ to Bring In More Migrants to Britain Despite Crisis