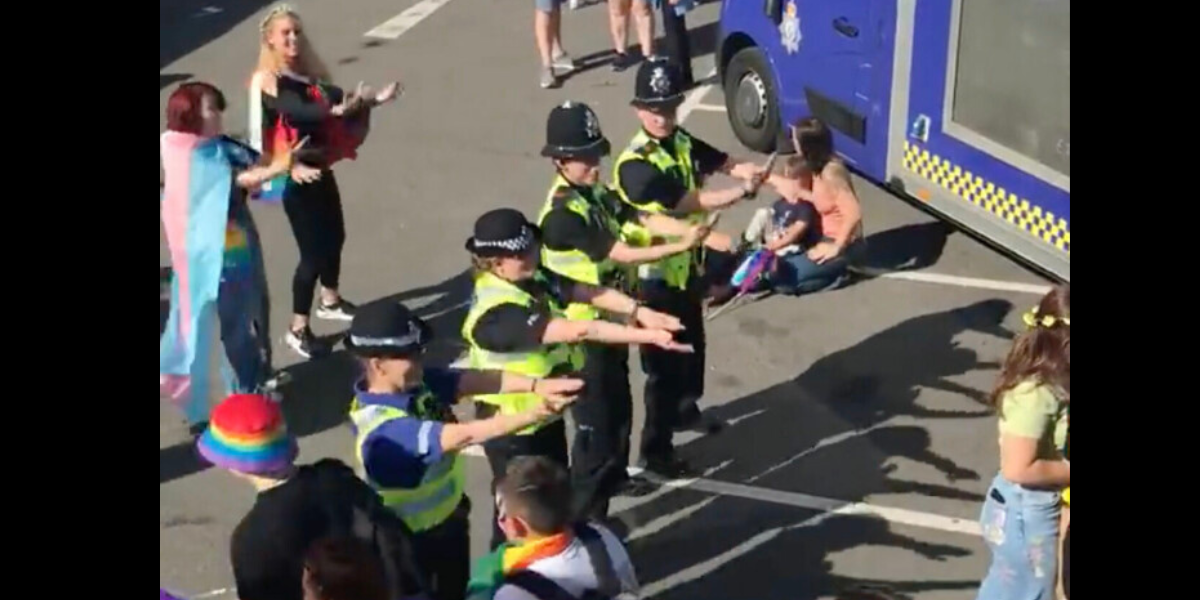 The British police force has been chastised after officers were caught on camera performing the Macarena at a Pride celebration.

A video posted on Twitter by Lincolnshire Police showed four uniformed officers performing the dance, which was then joined by several locals.

However, after posting the video online, the police force was bashed for spending time at the festival rather than tackling crime.

“What a joke Lincoln Police, please do the job you signed up for, show respect for the uniform you’re wearing,” one person said on social media.

“Fellow Lincoln residents,” said another. Tell the operator that there’s a Pride event at your house the next time you’re burgled and you want the cops to come.”

“I’m a woman, and your actions make me feel less safe,” a third person said of the police.

“I want a police force that takes MVAWG (male violence against women and girls) seriously, one that is dedicated to increasing rape convictions, and one that takes violence seriously.”

Lincolnshire Police Chief Constable Chris Haward, however, has responded to the criticism.

“Lincoln Pride is a celebration of inclusivity and representation within the LGBTQ+ community, and we are there as Lincolnshire Police to support them and build trust in our service.”

“We want everyone who comes to Lincoln Pride to know that we are here for them and that our service to the communities of Lincolnshire is truly inclusive; we aim to treat every member of the public we serve fairly and impartially.”

“Pride is one of many wonderful community events in the county that we are there to police but also to allow people to see who we are behind the uniform.”