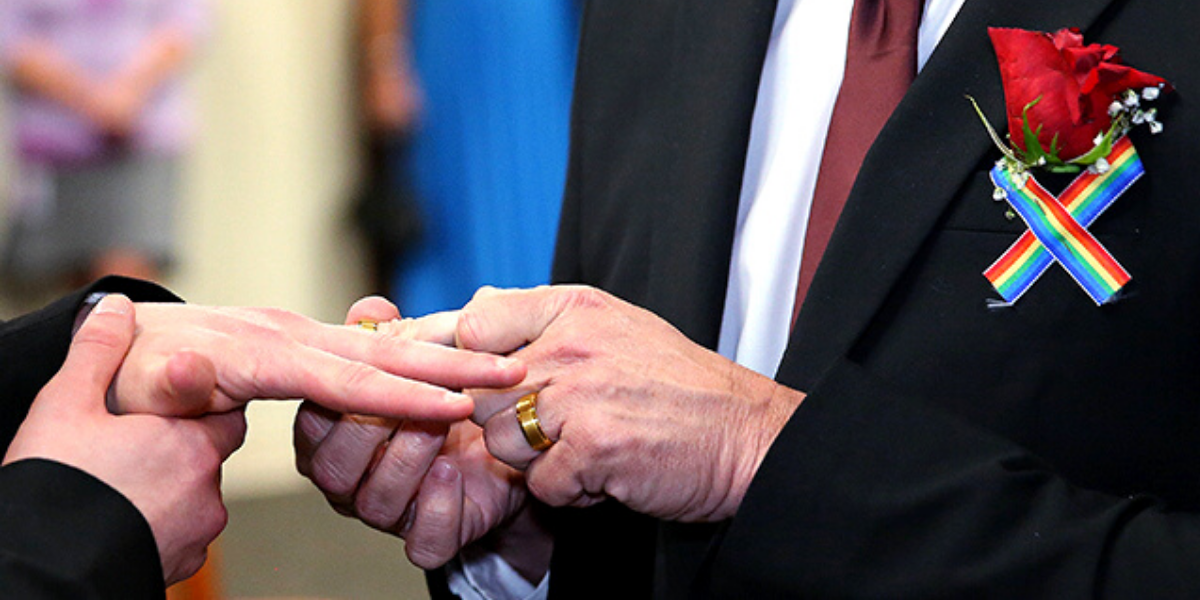 After the Church of Scotland agreed to enable parish ministers and deacons to marry same-sex couples, pastors have been lined up to offer same-sex marriages.

At its General Assembly in Edinburgh on Monday, the Church of Scotland formally approved a measure to allow same-sex unions, with 274 votes in favour and 136 votes against.

Parish pastors and deacons can now seek to become authorised celebrants for same-sex ceremonies, thanks to a reform in Church legislation.

No one will be forced to participate in the solemnisation of a same-sex marriage or be involved in its planning unless they expressly request it.

When planning a same-sex marriage ceremony, all celebrants must examine the “peace, unity, and pastoral needs of the congregation and any parish or other grouping of which it is a part.”

On Monday, Reverend Craig Dobney was one of many urging commissioners to allow same-sex marriage.

He said: “I’ve seen the heartbreak of those in same-sex relationships in our congregations who are unable to marry in their home church, devout Christians though they are. To be married, in front of their church families, would mean everything to them but they were not able to do so.

“I worry that our churches have become irrelevant to our communities.

“We can stay in our ivory towers, in our marble mansions, in our granite buildings and sit there thinking quite happily that we are following scripture by stopping people from coming to our churches, by making people unwelcome.”

He said: “My marriage to my husband, Dave, nurtures my life and my ministry and, frankly, I do not think I could be a minister of this church without his love and support, it is always there in the background.”

The decision was criticised as “unbiblical and sinful” by the Covenant Fellowship Scotland, an evangelical think tank within the Church of Scotland.

Former Scottish Conservative leader Ruth Davidson and former Scottish Labour leader Kezia Dugdale, who are both in same-sex relationships, have praised the decision.

Baroness Davidson tweeted: “Delighted to see that the General Assembly of the Church of Scotland has voted for ministers to be able to conduct same-sex weddings.

“Thanks to those who have shown grace and care as the church edged closer and closer to this point.”

Ms Dugdale described it as “tremendous news and progress”.

Other denominations to permit same-sex marriage include the Methodist Church, the United Reformed Church, the Unitarians and the Quakers, as well as Humanist celebrants.