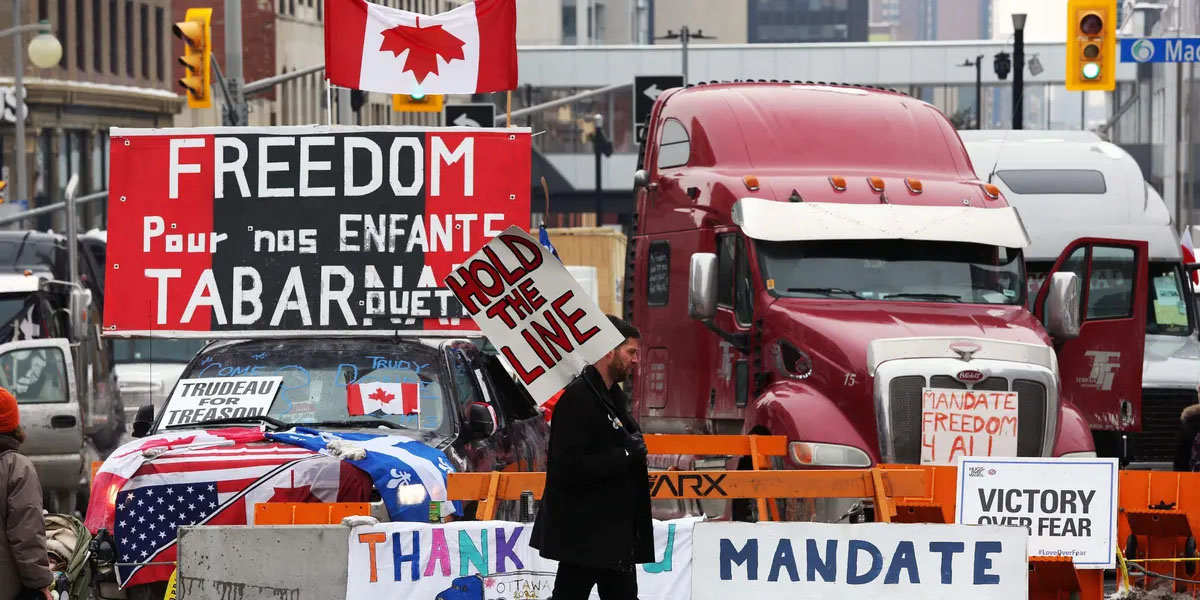 Canada’s Justice Minister, David Lametti, has told Trump Supporters who donated to the “Freedom Convoy” to “be worried” about having their bank accounts frozen.

Speaking with CTV News, Lametti was asked if regular citizens who donated to the “Freedom Convoy” protests in opposition to Canada’s vaccine mandate should be worried about having their assets frozen by the government.

“Well, I think if you’re a member of a pro-Trump movement… they oughta be worried,” Lametti said.

Lametti also said that truck drivers could lose their license if they participated in the protests or if their company permitted them to participate.

His statements come after Canadian Prime Minister Justin Trudeau evoked emergency powers to quell the protests that have crippled the country in recent weeks. The measures include freezing the assets of those who donated to the protest.

RELATED ARTICLE
Italy: Ukrainian Refugees Must Be Vaccinated Or Test Every 48 Hours