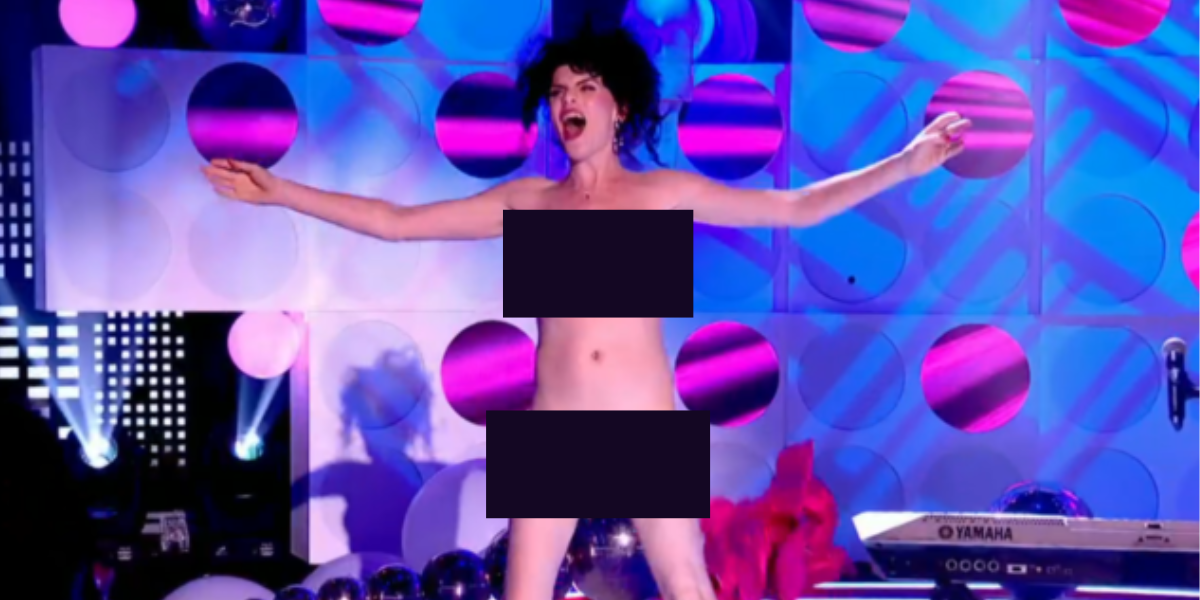 On live television, a transgender comedian in the United Kingdom stripped naked and played the keyboard with “her” penis.

Leftists praised Jordan Gray, a British biologically male comedian who identifies as a woman, for stripping naked on live television before playing the keyboard with “her” penis.

According to an archived webpage, Gray was listed as a patron of the Educate & Celebrate charity as of Saturday, with the NGO frequently advocating for greater acceptance of transgenderism in the British school system.

“Hello, Britain, you lovely b**ch!” ” Gray said, introducing the act on Friday Night Live, an omnibus comedy show on Channel 4 — which is owned by the British government — that featured a number of other mostly left-leaning comedians.

Gray then sang a song about her desire to “crawl back in the womb” and “start again, against God’s plans, with different glands and smaller hands.”

Gray told the room that “the best thing about live TV” was that they could do “stupid stuff like this,” after continuing to make jokes about sex and how good they were at everything.

Gray then stripped naked before playing the keyboard with what even the ostensibly right-wing media described as “her penis.”

Gray’s performance was lauded both in the television studio and online, with the British newspaper the Metro describing it as “truly iconic.”

Others are not so happy, with some netizens pointing out that Gray appears to be affiliated with the pro-transgender NGO Educate and Celebrate.